The Honda-Powered F1 Team Everyone Forgets About – WTF1
Skip to content
×
Formula 1 , Retro

The Honda-Powered F1 Team Everyone Forgets About

Honda has powered many teams over many eras of F1, but the most successful period came in the 1980s. From 1986 to 1991, Honda-powered cars won every championship as its turbo engines and then its naturally-aspirated V10s and V12s proved to be the engines to have.

But that string of successes was kicked off with the tiny Spirit team. Honda wanted to enter F1 and prepared by entering the 1982 Formula 2 championship with Spirit, winning three races and almost the title. For 1983 F1 became the goal and Honda plonked it’s new 1.5-litre turbocharged V6 engine into one the F2 chassis to create the immensely pretty 201.

After a huge amount of testing, the team entered halfway through the 1983 season and performance was reasonably promising. Stefan Johansson was tasked with driving duties and he was able to consistently qualify mid-grid. In the six races the car drove, Johansson achieved a best finish of seventh in the Dutch Grand Prix, ahead of the likes of Arrows, Brabham and Ligier. Not bad for a modified F2 car with a new engine!

Frank Williams, looking for a new engine deal to replace the ageing and uncompetitive Cosworth DFV, liked what he saw Spirit doing and signed a deal with Honda. Williams cars were fitted with Honda’s V6 engine in the final race of the year and by the second half of 1985 had become an incredibly potent combination.

As for Spirit? The Honda backing had helped the small team show so much promise and losing the engines pretty much resigned the team to the fate of so many others. A supply of Hart turbo engines for 1984 caused the underfunded team to slide towards the back of the grid, and a mid-season switch to the reliable DFVs didn’t help matters. Three races into 1985 and Spirit disappeared from F1.

But the impact of the team was massive as the Honda engines it helped develop went on to become the best of the turbo era and remained so until turbos were banned for the 1989 season. Without that small, well-prepared yet understated entry into F1, who knows how things might have turned out? 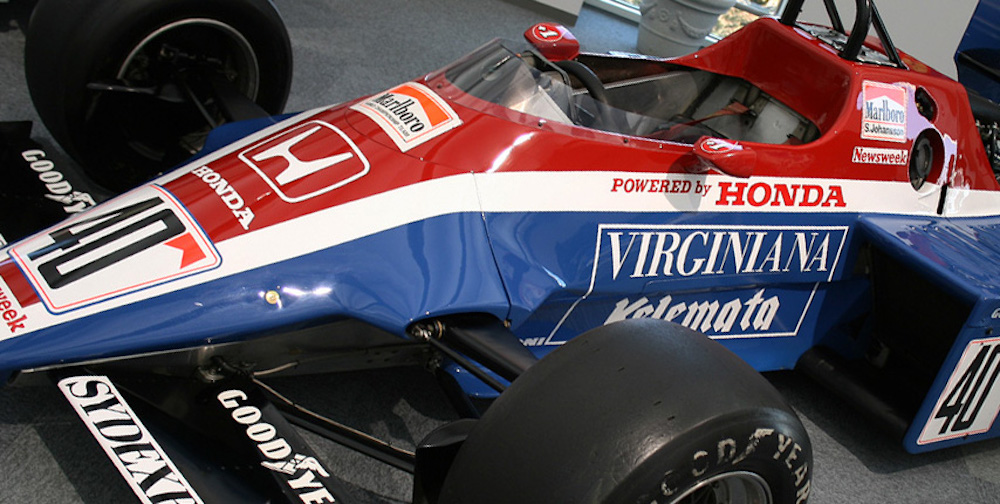