The Idea Of Alonso Racing The Indy 500 Started As A Joke – WTF1
Skip to content
×
Formula 1 , News

We all joke about doing something cool, wacky or different in the future but most of the time it never actually happens. But Brown’s joke has now turned into reality.

Alonso has secured a spot in the Indy 500 grid with an entry from McLaren and Honda, run by the Andretti team. He’ll miss the Monaco GP – which he’s won twice – as he starts his attempt at the Triple Crown (Monaco, Le Mans and Indy 500).

He almost broke the announcement with the news (OK, not quite) and now Brown has admitted the initial idea of Alonso racing in IndyCar started out as a joke, which is pretty hilarious. He said:

“Well it came about quite quickly. It is one of those where one of your jokes has some truth to it. I said to Fernando before Australia ‘one of these days we should do Indy together’. Just threw it out there to see what kind of reaction I would get it, and he kind of joked back.

“Then when Fernando and I were with Eric [Boullier] and Honda in Australia it came up in conversation. Fernando brought it up and said ‘Honda, you have an unbelievably great history at the speedway, I have a dream to win the Triple Crown and wanted to do Le Mans in the past and I’d love to do the Indy 500 with you’.”

“I received a call from Zak about different things and in one moment of the conversation, it came out again the Indy 500 possibility. I was happy when Zak joined the team last year but I was even happier when Zak was telling me these plans for the future. But in a way, I was thinking for 2018, as obviously it was only 55 days until Indy 2017.”

Talks in China then sparked the plans into life, Alonso explained:

“We talked a bit more seriously about this, and we decided if this is going to happen it had to be made by tomorrow [Saturday] the decision. I said ‘I will sleep tonight’ on Friday and on Saturday I would make a decision.

“On Saturday I arrived at the circuit and said, ‘yes this is a good decision for everyone: a win, win for myself, for F1, the fans, everyone’. We had a huge help from Indy, from the Speedway, from the promoter and Andretti Autosport. They helped everything become real in two days.”

It’s all pretty exciting stuff not only for IndyCar but also F1, McLaren and motorsport fans. We are properly hyped to see Alonso at the wheel of a Dallara DW12 at Indianapolis. And how funny it all started from a throwaway joke. 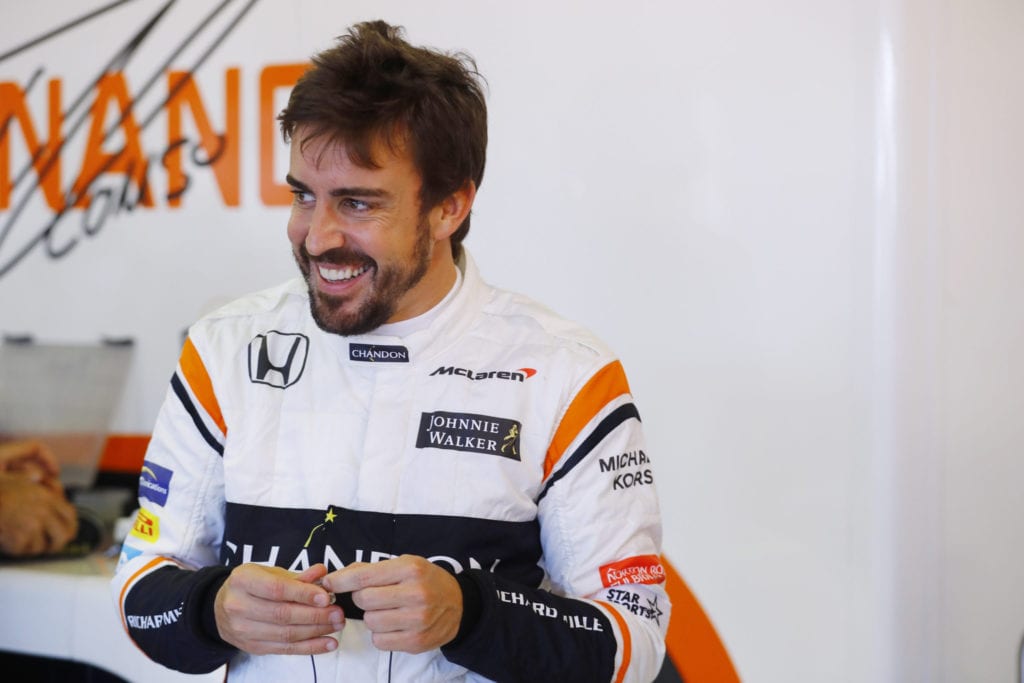