The Imola GP Will Be Called The ‘Made in Italy and Emilia-Romagna Grand Prix’ – WTF1
Skip to content
×
Formula 1 , WTF
4 comments

The Italian government has confirmed that the upcoming Grand Prix at Imola will be given the ridiculous title ‘Gran Premio del Made in Italy e dell’Emilia-Romagna’, which includes a phrase that literally translates to ‘Made In Italy’. We wonder what the social media hashtag will look for that one?

F1 returned to Imola last year for the first time since 2006, after being drafted in as an emergency location when the coronavirus pandemic caused a right mess with the racing calendar.

Although the circuit isn’t very well-suited for the modern F1 cars the race proved to be relatively entertaining, and most fans are intrigued to see how the championship will get on at the iconic Imola circuit this year.

Essentially brought in as a replacement for this year’s Chinese Grand Prix which is now absent from the calendar, last year’s event was known as the Emilia Romagna Grand Prix.

To be honest, we’re still calling it the San Marino Grand Prix.

It’s left us wondering what the weirdest and longest name for a Grand Prix in F1’s history was? This could definitely be up there as one of the most ludicrous. 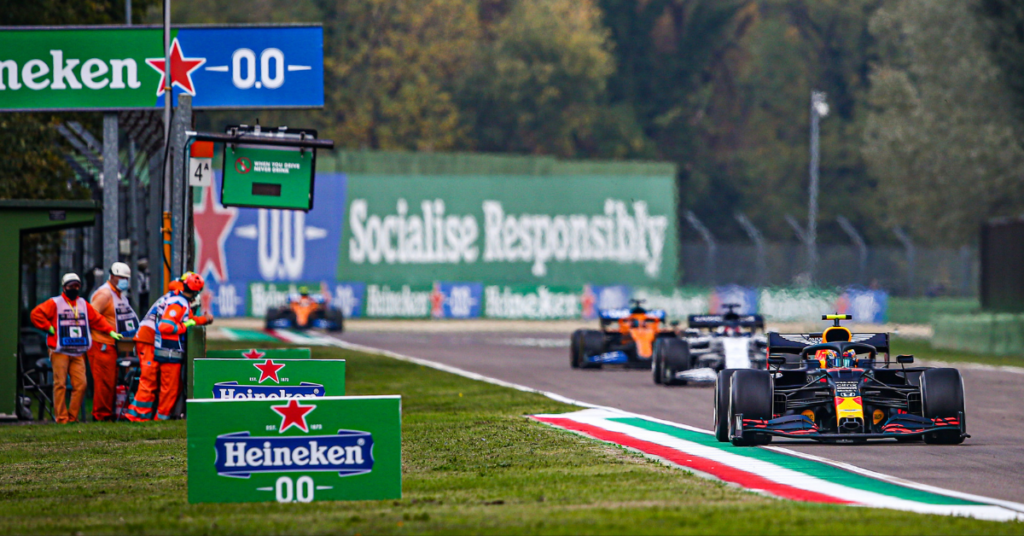