If you’re like us, you sat through the entirety of the McLaren launch utterly dumbfounded at what you had just watched. Lando Norris and new signing Daniel Ricciardo headed off to a music studio to create a song that would ‘get them hyped up’ before a race, and it was one of the best but corny pieces of F1 content we’ve ever seen.

The duo performed a rap that sounded more like a dramatic poetry reading, before being let loose on instruments like drums, bass guitar and the tambourine. It was amazing, with both drivers looking like they were in their absolute element. Lando even said he had bought a drum kit as a result of the day at the studio!

These are our favourite reactions to this music track, which McLaren say will be released to the public before we go racing in Bahrain next month.

danny and lando in the studio pic.twitter.com/UIzyZCyFyD

XNDA running to save music after Dan and Lando's studio sesh 😳 pic.twitter.com/LkQimy3nJj

THE AUDIO? WTF HAVE I MISSED pic.twitter.com/xdo82iDZMj

daniel: i don’t want to be a meme

I WAS RIGHT TO BE WORRIED pic.twitter.com/KEM6TbAWyL

Actual footage of the music video for the new McLaren song pic.twitter.com/q3okPJ8Edj

What did you think of the song? Perhaps they’ll follow in the footsteps of Jacques Villeneuve and release a whole album. 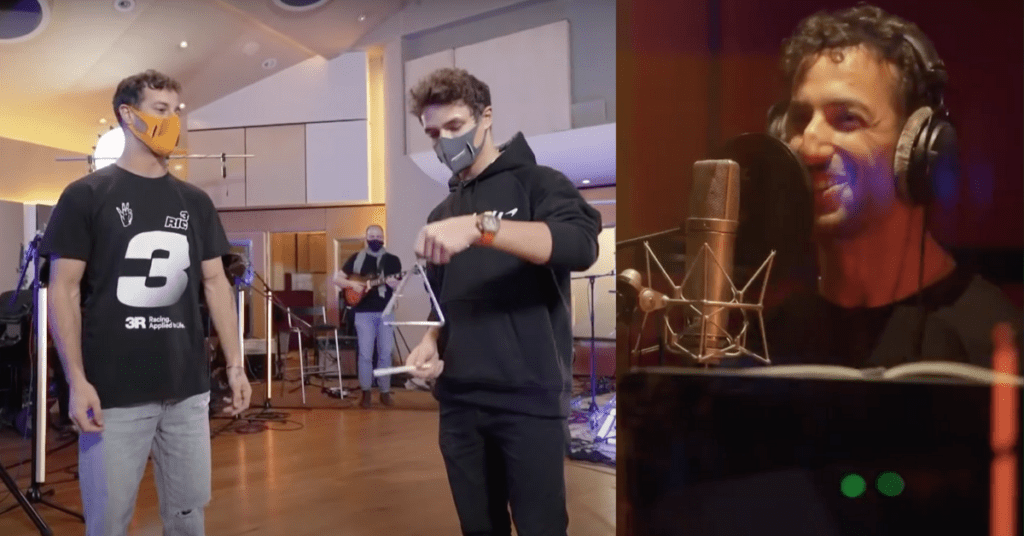