What exactly was going on with Vettel’s celebratory team radio message after snatching pole for the Mexican GP?!

After a difficult few races it’s great to hear him so happy again, but seriously…what a choice of noise to make!

His celebration is ripe for remixing, and we’ve already seen a few videos appear.

Here he is being told to shut up by Haas boss Guenther Steiner:

Here he is inserted into the ‘The Ting Goes…’:

And here he is having his first crash since Singapore: 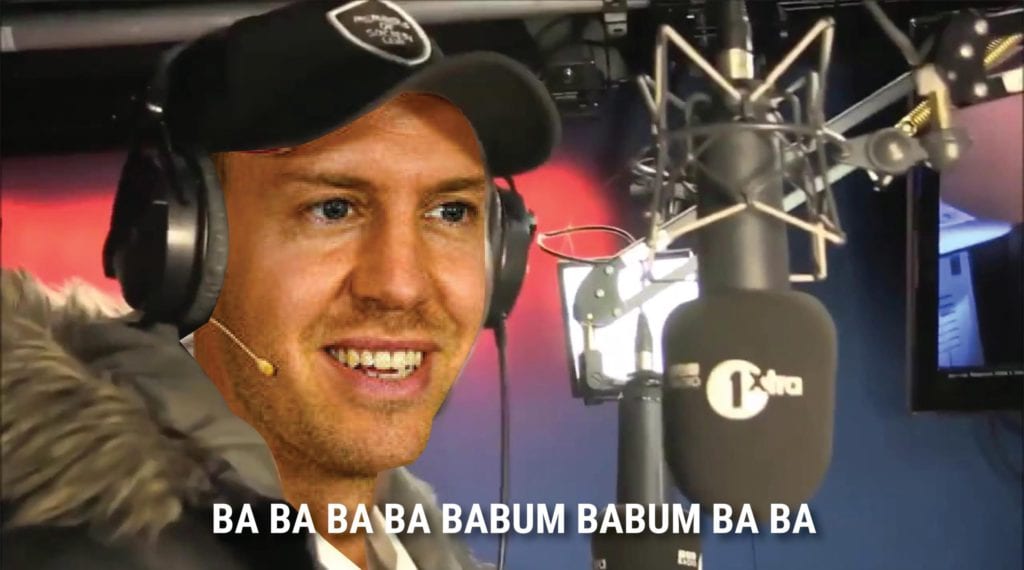