The Leaders Collided At The Final Corner In This Epic Nascar Truck Finish – WTF1
Skip to content
×
Crash , Nascar

What is it with Nascar’s Camping World Truck Series and incredible finishes at the Mosport circuit in Canada? A couple of years ago there was an unbelievable finish and now there’s been another one.

Starting the final lap, Todd Gilliland was on course for his first career win – although his Kyle Busch Racing teammate Noah Gragson had other ideas. He closed in through the lap and at the last corner decided to stick it up the inside.

The clumsy contact allowed Justin Haley to sneak through and grab the win. After the race a furious Gilliland said of his team ‘mate’: “I’d go fight him right now, but I can’t. I’m extremely mad.” 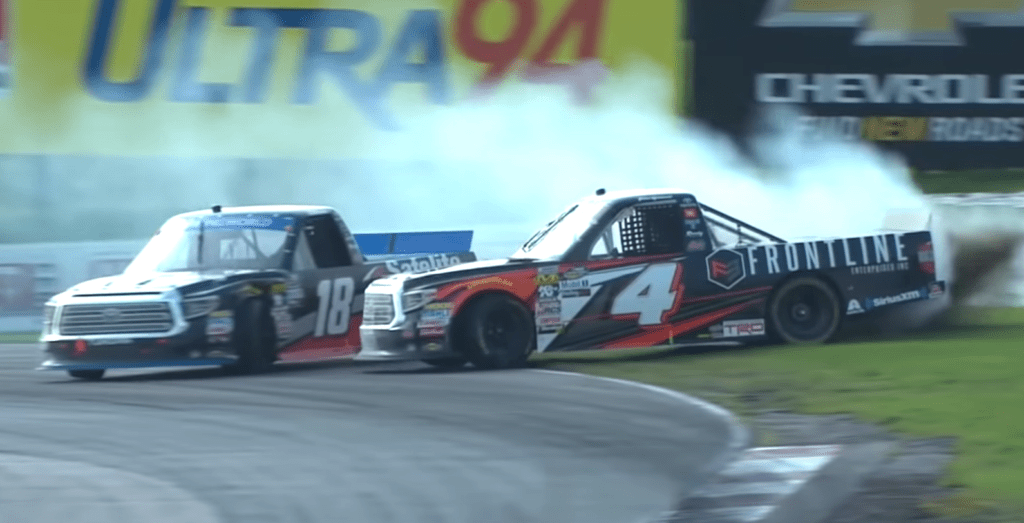