The Legality Of Verstappen’s Final Qualifying Lap Is Causing A Bit Of Confusion – WTF1
Skip to content
×
Formula 1 , News

Verstappen set provisional pole on his first Q3 run and then, when Valtteri Bottas crashed at the end of the session, looked set to remain on pole and you’d think that the yellow flags would have prevented anyone else from improving and threatening his time. As it turns out, the only person who could beat his time was Max himself, as for some reason he elected not to abort his lap and instead set a new lap time.

Onboard footage seems to show that the yellow flag was only deployed as he approached the area where the incident was (and at a part of the track where he probably wouldn’t have been looking). And yet, Sebastian Vettel ahead of him managed to slow down, so why not Max?

Given the apparent timing of the flags, it would have been harsh for the stewards to issue a grid drop and deny him pole, or even to simply invalidate that lap. But to the surprise of pretty much everyone, the FIA initially decided that it wasn’t even worthy of investigation.

FIA tell me no investigation into Verstappen……… #F1

Apparently, although his final sector was quickest of the session, Verstappen did slow down in the ‘mini sector’ where Bottas crashed, which was enough to satisfy the FIA that the stewards don’t need to take a closer look.

But what’s really bizarre is that during the post-race press conference, Verstappen himself admitted that he was aware that Bottas had crashed and chose not to slow down – presumably because there had been no official yellow flag signals.

It’s one of those weird situations like when Nico Rosberg took pole under yellow flags at the Hungaroring in 2016. Technically, by the letter of the law Verstappen (like Rosberg before him) had reduced his speed enough to satisfy the regulations. But the intention of yellow flags is to neutralise an area of the track for the safety of drivers, marshals, and anyone else who might be in the vicinity – going a few hundredths slower might constitute slowing down, but they’re still going really bloody fast.

Just an FYI Max, usually you get a decent penalty for going purple under yellow flags 🤷🏻‍♂️ Or do the rules still only apply to junior categories… 🤔

Furthermore, following Rosberg’s pole in 2016, rules were immediately tightened to prevent any laps that are completed under double-waved yellow conditions (which Bottas’s crash prompted) from counting.

However, now it seems that the FIA has realised that maybe they do need to look into what happened…

FIA taking another look at Verstappen's data following his provocative comments in the press conference. #MexicanGP

It’s all a little bit messy, isn’t it? Should Verstappen have his fastest lap deleted, sending a message that laps completed under double-waved yellows don’t count? Or should he be given a grid penalty for apparently ignoring a dangerous situation? 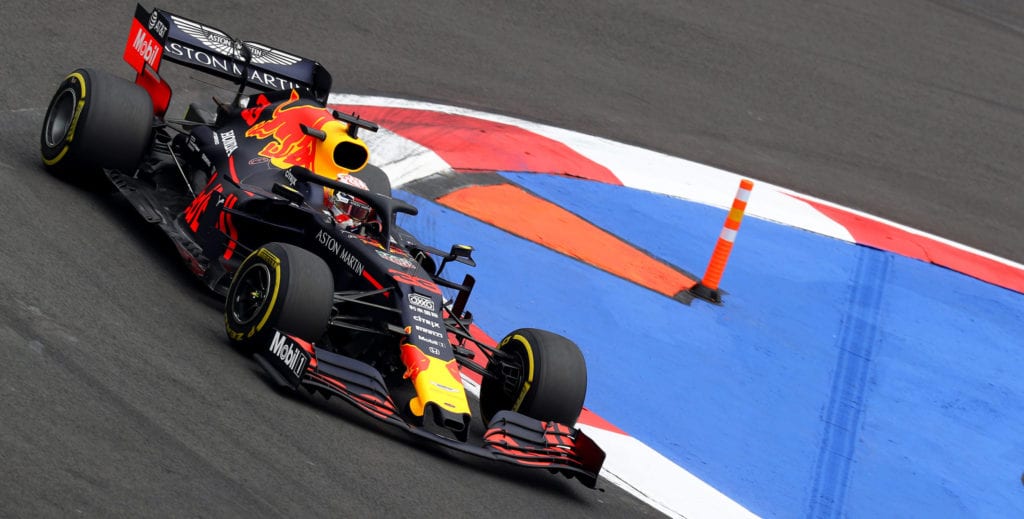