The McLaren Drivers Already Have 55 Places Worth Of Grid Penalties For Mexico – WTF1
Skip to content
×
Formula 1 , News

Ah yes, we’re back here again! The McLaren-Honda partnership only has three races left to go so just in case anyone has forgotten the reason they’re breaking up, both drivers have been given a healthy serving of grid penalties for the Mexican Grand Prix.

After his engine failure at COTA, Alonso was expected to take on a few new bits and bobs, and a new internal combustion engine, turbocharger and MGU-H mean he’s got a 20-place penalty.

And even though he took on a load of new bits for the US GP, Vandoorne also gets the pleasure of some more new bits for Mexico. He’s getting one of everything, meaning he’ll drop 35 places on the grid for the race (insert joke about starting from somewhere around the Peraltada).

The team weren’t expecting to do particularly great in Mexico, and Alonso is hoping that taking all the penalties here means they’ll have a clear run in the last two races.

“Probably this circuit is not the perfect one for our package anyways, so we expect not to be super competitive here, so maybe it’s the best place to take the penalty, and hopefully invest in Brazil and Abu Dhabi with this new engine.” 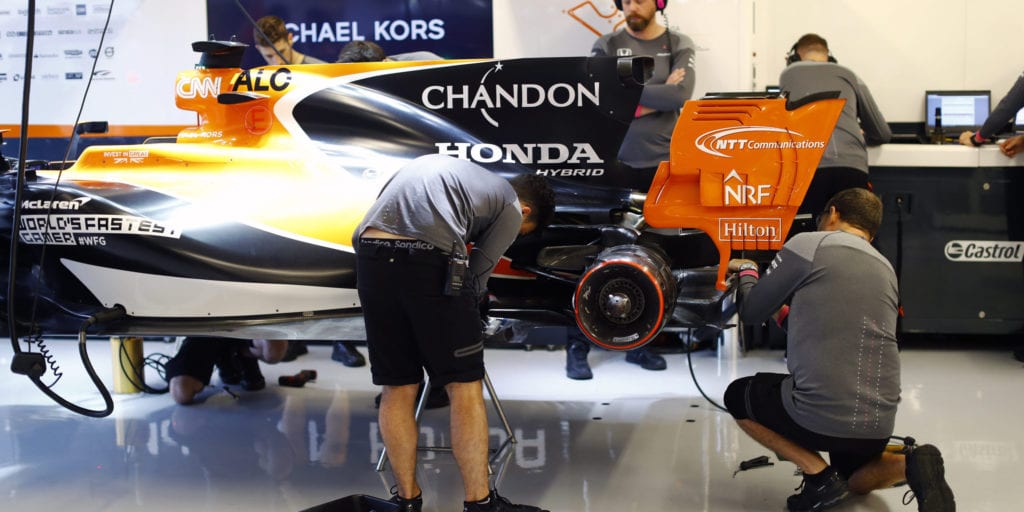