The Mercedes Drivers Disagree With Each Other Over The Pirelli Tyres – WTF1
Skip to content
×
Formula 1 , News

The Mercedes Drivers Disagree With Each Other Over The Pirelli Tyres

Tyres are boring, tyre strategy is boring, this subject is overkill, tyre strategy has a big impact on how a grand prix unfolds, etc. Whatever you think of the rubber and its place in the grander narrative of F1, it looks to be here to stay and remain a topic – much as it has done for the past 30 years at least. Until hovercraft technology arrives (not even a featured tech in Ferrari’s 2095 comic book series), we’re stuck with it.

Tyres remain ingredients to the complexion of a race and this year, it has been all about the one-stop strategy. The Mercedes drivers have been talking about this over the weekend of the Japanese Grand Prix. Ahead of the race Hamilton criticised Pirelli, and was quoted by RaceFans as saying:

“I’ve really got to keep pushing Pirelli because the tyres feel great here, but this whole one-stop business is just ridiculous. So next year I reckon they’ve got to go like three or four – maybe three steps softer. Swing the compounds all lower so we have to do at least two stops per race.”

He changed his tune soon after the race (which was another one-stopper) though, saying in the post-race press conference:

“Honestly, I think Pirelli have done a really good job this year. The cars are faster than ever before, we have more downforce than ever before so there’s more force going through the tyres. And so every time they improve the tyres, we improve the car and we pretty much have a similar issue of blistering, but they do have the lower gauged tyre which we used earlier in the year on which we didn’t see any blistering.

“I’m not really sure why they didn’t continue using that for the year but I’m sure that’s probably something they will engage in next year. We have definitely not been able to go flat out all the time and we are having to manage temperatures in order to make a one stop race work – the loss in the pit lane is so big you want to always try and make sure you do a one stop. But I don’t particularly have a problem with it. I think it takes skill and management to keep the pace up and lose as little as possible whilst still keeping the tyre alive.”

Hamilton’s one-stop opinion change over the weekend invites some interesting conclusions. His acknowledgement of not being able to push flat-out in a bid to preserve the life cycle of the tyre to justify the one-stop does paint the picture of a race of conservation. His earlier comments, about bringing back much softer compounds, a bit like the high-degradation we saw in 2012, would act as a counter to drivers having to think as intensely about tyre management. If a driver goes into a race knowing that they will have three or four tyre life cycles to run though, liberties in this area would be taken, as temperatures or managing a flat-spot from a lock-up isn’t going to concern a driver for half a race distance, which is what we often see at the moment.

Bottas’ post-race comments aligned with the sentiment Hamilton had made earlier in the weekend in that change is needed, but suggested he would prefer to be able to push for an entire race distance without worrying about tyre management. He said:

“I think we had to do a lot of management at pretty much every race this season and especially at the last few there have been issues with the blistering. Once we are getting to a certain temperature, we know it’s going to happen at some point, so then we’re just not pushing to go over those temperatures and trying to manage. At some places, like today, when it’s hot, in this high energy track, laterally, it’s pretty difficult and it does feel at times that you are completely cruising round which is not ideal.

“You know there’s so much potential in these cars and my thinking is if everyone did one stop today, if you do one stop pushing flat out it would be more fun but that’s the issue for everyone now. The cars are quicker than ever. I was involved in some of the testing for next year’s tyres a couple of weeks ago and I’m sure they are pushing flat out and hopefully it’s going to be a bit better next year.”

14 of the 17 races so far this season have been won with a one-stop strategy. Is there an appetite for greater strategic variation than this? Drivers admitting that they feel like they’re cruising is clearly a poor advert for the sport – would having much softer compounds that ensure multiple stops allow drivers to push harder, or would this still create conditions in which teams try to preserve rubber to save a 25-second pit-stop? Let us know in the comments. 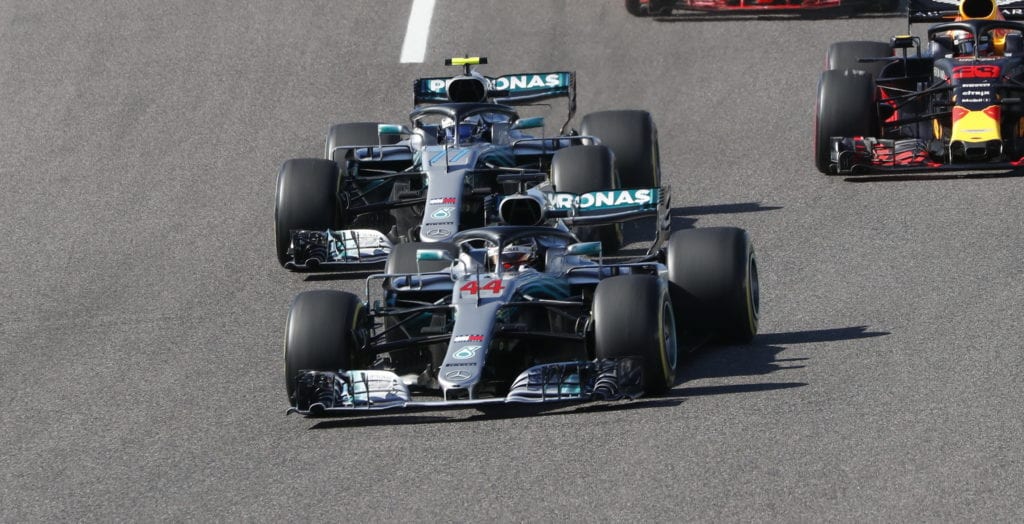