The Mexican Grand Prix Has Extended Its Contract And Stays On The F1 Calendar – WTF1
Skip to content
×
Formula 1 , News

The Mexico City race has become a race to watch out for at the end of the season since its return from a 23-year break in 2015. The ‘17 and ‘18 championships were decided there, and ‘16’s race brought drama and blue radio messages by the bucket-load. Max Verstappen will be pleased too, he’s won the last two races at the Autodromo Hermanos Rodriguez. As will the home favourite, Sergio Perez – who has plenty of fans in the baseball stadium section towards the end of the lap.

The race’s future was brought into severe doubt after the loss of government funding, a deal that helped bring F1 back to Mexico initially, but a private cash injection has aided and brought security to the financial situation. The official name of the race will change to the Mexico City Grand Prix from next year, to show the city’s approval of the extension.

In a statement released on Thursday, mayor Claudia Sheinbaum Pardo cleared up the financial agreements and assured fans that ticket prices will not suddenly skyrocket as a result.

“The presence of Formula 1 in the city for further three more years, was achieved for the first time through a new financing model, in which public resources are not used. Previously the Federal Government collaborated with the payment for the event. The Mexico City government will be an intermediary, creating a trust that will raise the private investment required to deliver this international event. The price of the tickets will remain the same as in previous years.”

Liberty has reportedly convinced teams to agree to a 22-race calendar for the 2020 season, with races in Vietnam and the Netherlands joined the recently-extended British and Australian Grands Prix. Spain and Italy are in slight trouble but are expected to stay, so it seems we see a sad farewell to the Hockenheimring for now. Ferrari’s Sebastian Vettel has been a vocal critic of F1 losing some its most historic races in recent weeks.

F1 CEO Chase Carey spoke of the series’ delight in keeping Mexico and its vast number of race-going fans – with an average attendance of 300,000-per-year. Carey said:

“We are pleased to have renewed our partnership with Mexico City, which will now host the Formula 1 Mexican Grand Prix until at least 2022. Ever since it returned to the championship calendar in 2015, this event has always proved to be amazingly popular with the public and fans, not just in Mexico, but also around the world.

“Proof of this is the fact that the race promoter has won the FIA award for the best event no fewer than four years in a row and, in those four years, over 1.3 million spectators have attended the grand prix. The Grand Prix has also been an important economic driver for the city, reinforcing its credentials as a centre for tourism. I would like to thank the mayor, Claudia Sheinbaum Pardo and the entire government of Mexico City for all their efforts in ensuring that Formula 1 continues in Mexico.”

A great race with a party atmosphere around the weekend; what’s not to like? 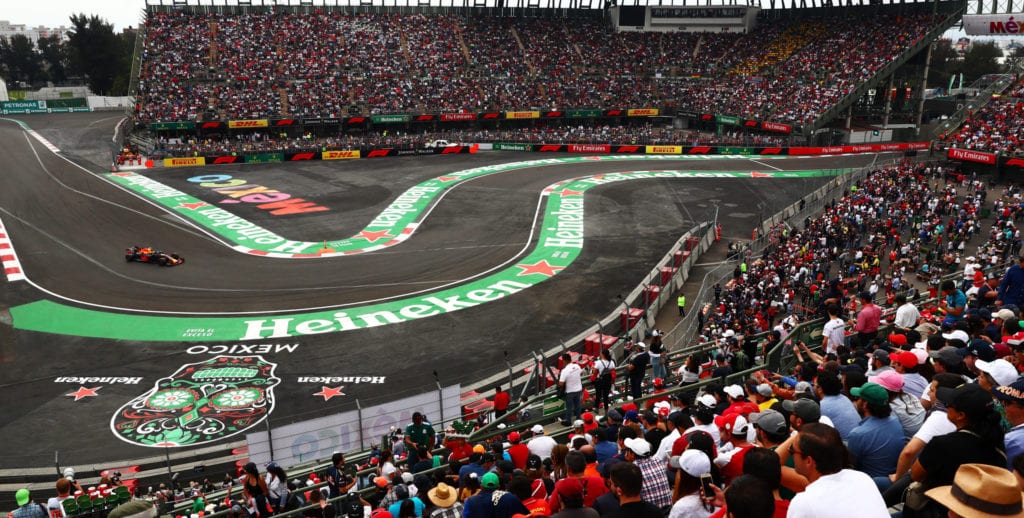