The Mexican Grand Prix Will Be Streamed Live on Twitch – WTF1
Skip to content
×
Formula 1 , News

The Mexican Grand Prix Will Be Streamed Live on Twitch

Every session will be available to watch live, but there’s no word yet on any on-demand availability – presumably that may be a long shot. The service will be free on the website and Twitch app for users in select countries, including Germany, Switzerland, Luxembourg, Denmark, Norway and Sweden. This venture looks to change the way you watch F1, adding more interactive elements to increase engagement and immersion in the weekend. Twitch is known for its community feel, and F1 does not wish to divert from that ethos. Levels of “interactivity and gaming elements” will be fed into the broadcast via designated streaming partners.

For example, German streamer group PietSmiet – which has 460,586 followers to its name – will co-stream for the German, Luxembourger and Swiss market. These “gaming elements” include chances to predict driver performance in 10-minute segments, with a leaderboard system included.

This is, for now, only a one-race deal – but with F1 continuing to up its approach to broadcasting with the increased use of Amazon Web Services’ “F1 Insights” among other additions, a lengthier deal could be negotiated in the future. Of course, it will all depend on the reception the Mexican weekend gets.

In a statement released today by F1, the series’ director of digital and licensing, Frank Arthofer, said:

“We are really excited to be partnering with Twitch to live stream content from the Mexican Grand Prix. Audiences in Germany, Luxembourg, Switzerland, Denmark, Norway and Sweden will be able to visit Twitch’s website and app and tune in to all the action from practice, qualifying and the race itself. Twitch has incredible reach, a unique creative spin on sports media coverage and an engaged digital audience; they are a perfect partner for us to be working with on this project.”

Farhan Ahmed, Twitch’s strategic partnerships manager, believes that this weekend’s experiment could be “truly exciting” and give people a new way to watch and interact with F1. And it could be a momentous occasion after all, as Lewis Hamilton has a chance to wrap up his sixth Drivers’ Championship – and for the third time in succession at Mexico City. His Mercedes team-mate Valtteri Bottas is his only rival now, so prepare your “F” key for him if it all goes if the Brit beats him by 14 points or more on Sunday.

“Millions of people tune in to Twitch every day to watch live content and form communities around their shared interests. We’re thrilled to partner with Formula 1 to bring exciting motor-racing content to our community in a way that’s unique, shared and interactive. It’s a pleasure to work with a partner who embraces our community experience, creating something truly exciting, enhanced through co-streaming and extensions.”

If you remember back a few years to UFC 218, and the main fight between Max Holloway and Jose Aldo, a Twitch streamer gained notoriety by streaming the entirety of the pay-per-view broadcast while pretending he was playing EA Sports’ UFC game by fiddling around on a controller.

At least F1 hasn’t got to worry about that for this weekend. 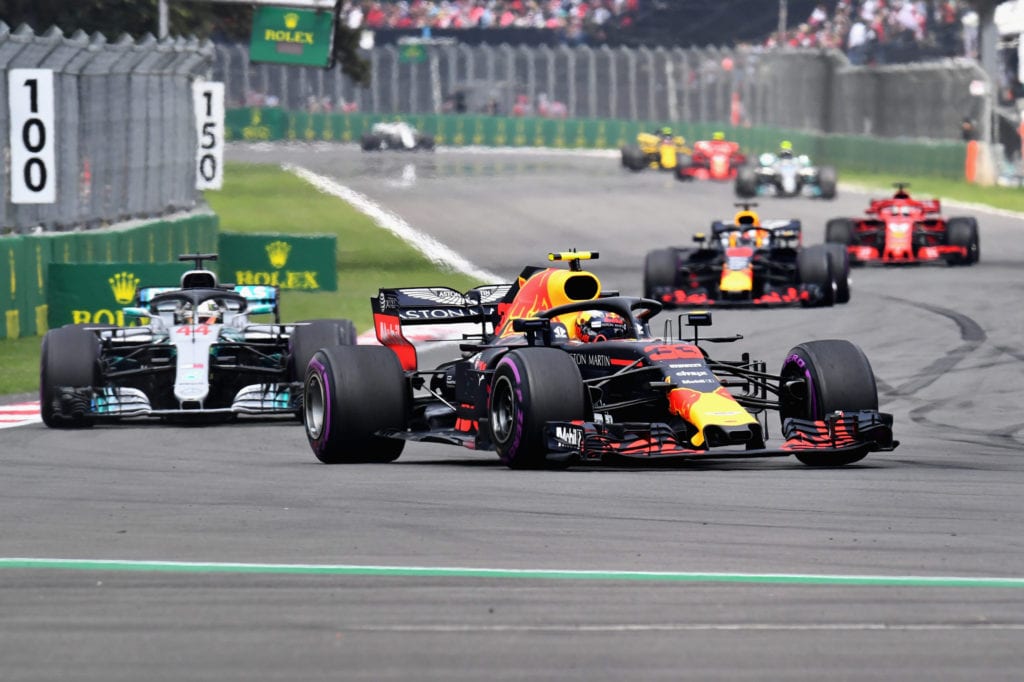