The Mexico ePrix Was Pretty Much As Bonkers As Usual

Mexico City always throws up incredible races in Formula – think back to what happened in Season 3, or last year’s absolutely incredible finish. The track has had a bit of a layout change this year (meaning the cars tackled the full, fearsome speed of the old Peraltada) but it did nothing to dull the action.

Evans forced his way past Andre Lotterer’s Porsche at the start, while Nico Muller stuffing his Dragon into the barriers at Turn 1 forced an early safety car. Sam Bird was making moves and decisively made his way up to second, which looked fairly solid for most of the race… until the closing laps, anyway. Under pressure from Antonio Felix da Costa and Sebastien Buemi, Bird got on the marbles heading into Turn 3 and hit the barriers, causing damage which eventually triggered his retirement.

From 1st position to a tyre fire in a few short minutes. Gotta feel for @andre_lotterer and @tagheuerporschefe #MexicoCityEPrix #ABBFormulaE #FormulaE #Racing #motorsport

Lotterer losing the lead at the start wasn’t ideal, but his day only really got worse from there. Struggling for pace, he late picked up damage to his front wing which necessitated a pit stop and dropped him well out of contention.

Nyck de Vries was another driver struggling – having made a decent start, he started to slip down the order. At one point he found himself defending very robustly from da Costa, almost putting the Techeetah driver into the pit wall. However, he’d used his fanboost to try and defend and an apparent malfunction caused a braking issue and he crashed out, accidentally spoiling Robin Frijns’s race in the process.

Championship leader Stoffel Vandoorne was moving up the field nicely after a so-so qualifying and was running a strong fifth with just a couple of laps to go. But he too fell foul of the slippery surface heading into Turn 3, nudged the wall, damaged his car, and dropped out of the points.

They weren’t the only ones, either. Felipe Massa crashed out, Ma Qinghua crashed out, Daniel Abt was hospitalised in a practice crash, missed qualifying, came back for the race and spun out, and by the end of the race the circuit looked more like a warzone than a race track, such was the amount of dust, debris, marbles, and stranded cars littered throughout.

There was even some team orders confusion as the two Techeetah drivers faffed around letting each other past. After some drama at the previous race in Santiago, it looked like the team had gone too far in their attempts to treat da Costa and Jean-Eric Vergne equally, only to end up potentially hurting the end result (a feeling familiar to any Ferrari fans). Fortunately, da Costa had the pace to recover to a strong second, but the way the team manages its drivers is coming under increasingly intense scrutiny.

Another fine drive came courtesy of Alexander Sims. A bad qualifying left him starting down in 18th, but he calmly and cleanly made his way through the pack, stayed out of trouble and finished an excellent fifth – a drive that could be crucial for his championship hopes.

The undoubted star was Evans, though. At one point, his lead was more than seven seconds, which is an absolute eternity in Formula E terms, and the victory jumps him to the head of the championship. It’s an extra sweet victory following on from the last race in Santiago – he probably had the pace to win that, too, but a technical problem left him without an information on how much energy he needed to save and he dropped to…

Bring on the next race in Marrakesh, which takes place on 29 February. 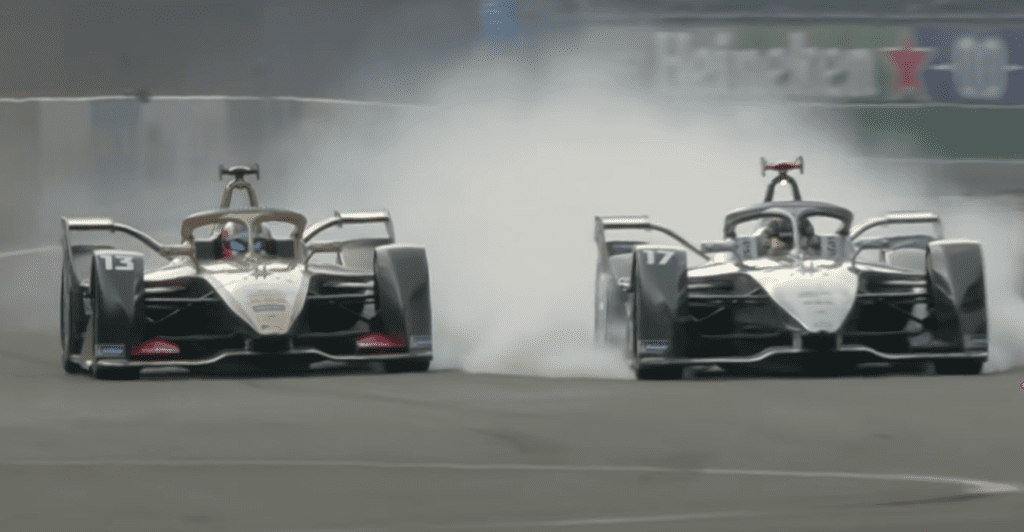