The Most Consistent Points Scoring Runs In F1

Consistency is one of the greatest attainable assets of a racing driver. In the evolving landscape of F1, a decrease in attrition and increase in the number of points-scoring positions in recent years has created opportunities for some drivers to shine and put together very impressive points finishing runs. Here are some of the longest.

Despite not winning a race in 2018 so far and having a generally glum start to the season, Lewis Hamilton’s fourth-place finish in China means is now on the longest run of points-scoring finishes in F1 history. The British driver has been aided by a dominant car in recent years, but managing to stay out of trouble on track for 28 consecutive races is an incredible feat. How much longer can he continue?

Kimi’s consistent points scoring record at Lotus serves as a reminder as to what the Iceman can do when given autonomy within a Formula 1 team. The Finn’s impressive run asserted quite sharply that he hadn’t lost it when he returned to the sport. Hamilton would still be chasing Kimi’s record if the brakes on his Lotus hadn’t failed at the 2013 Belgian Grand Prix, ending the run.

You knew Schumi would pop up on this list sooner rather than later. The run the German driver put together between 2001-2003 included 21 podiums with 14 victories. He was never off of the podium during the 2002 season, and his final race in the points on this run would serve as a metaphor for the end of his real dominance in the sport.

At the 2003 Malaysian Grand Prix, Schumacher could only finish sixth whilst a young Kimi Raikkonen took his first ever win in Formula 1. His victory was symbolic as the turning point in which fresh blood challenged the old guard. Schumi’s streak came to an end when he spun out next time out in Brazil.

Whilst this run didn’t give Alonso that championship he was so desperate for at Ferrari, consistency had the Spaniard down as Ferrari’s main man. The end of this run of points came about at Spa, when Romain Grosjean caused that massive first-corner pile-up.

This timeframe of results marks the end of Vettel’s Red Bull era (which wasn’t overly successful) and the beginning of his journey with Ferrari. From the 2014 British Grand Prix until the end of that season, Vettel was consistently in the points but only on the podium twice. The Red Bull car was nothing compared to the hybrid Mercedes team, which started to dominate.

A switch to Ferrari for 2015 saw the German driver rejuvenated and back to winning ways. His continued consistency came to an end with a puncture at Spa, two laps from home.

Vettel’s 19 race run of points started during the included the dramatic 2010 season finale victory in Abu Dhabi and was followed by a 2011 season of dominance for Red Bull. His one retirement at the 2011 Abu Dhabi Grand Prix came about as a result of running wide at the first corner and getting a puncture, but it was a ‘meh’ moment considering the title had already been wrapped up.

Hamilton’s run of 19 races in the points was also one in which victories were rife. If Mercedes is currently experiencing a slight trough, the 19 races between the Italian Grands Prix of 2014 and 2015 were without doubt a peak, and one in which Hamilton was untouchable. His streak ended with a power unit issue in Singapore.

Compared to other seasons, 2003 was a difficult year for Michael Schumacher. Consistency helped him win his sixth title and he continued with the points scoring after winning the first five races of 2004. Then he collided with Juan Pablo Montoya in the tunnel at Monaco (behind the safety car!) and his run came to an end.

Vettel’s recent 18-race streak was a huge factor in his championship challenge last year, before the Singapore start crash signalled the beginning of the end of his title hopes.

During Alonso’s 18-race run he finished on the podium 16 times, back when Renault was as fast as it was consistent. Wheel failure whilst leading in Hungary spelt the end of it.

Valtteri Bottas has scored points in every race since his retirement in the Spanish GP last year. Like Hamilton, he too is currently on an unbeaten run. If it keeps up, the pair of them might be well clear at the top of this list before too long. 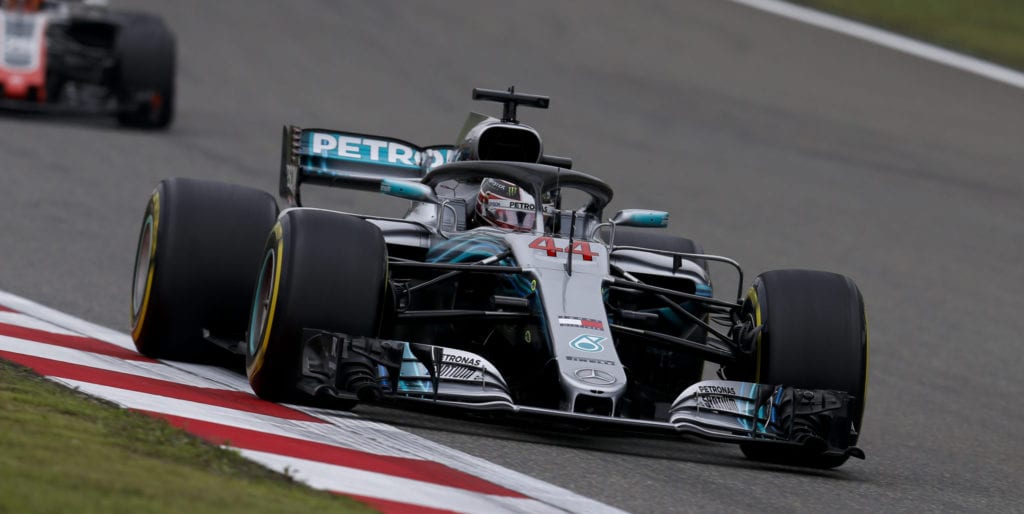