The New Alfa Romeo Has Been Officially Revealed Ahead Of Testing – WTF1
Skip to content
×
Formula 1 , News

The New Alfa Romeo Has Been Officially Revealed Ahead Of Testing

We’ve seen the new Alfa Romeo already, courtesy of some photos that were snapped during the car’s shakedown run at Fiorano last week. Back then it was running a rather lovely Valentine’s Day-style livery, leaving us all clueless as to team’s new visual identity. Now, Alfa has officially launched its car – called the C38, continuing Sauber’s naming convention – and we can see the actual livery, which is, well…

Yeah, it’s basically the same as last year’s Sauber. There’s a little more red and a more stylised Alfa badge on the engine cover, but otherwise very similar. Not that that’s a bad thing – it was a handsome livery last year and it’s a handsome livery now. In fact, this is probably a bit better.

When the pictures of the Alfa first emerged last week all the talk was centred around its unusual front wing. For now, it seems the team has reverted to a more conventional design, making you wonder exactly what was going on with it last week. 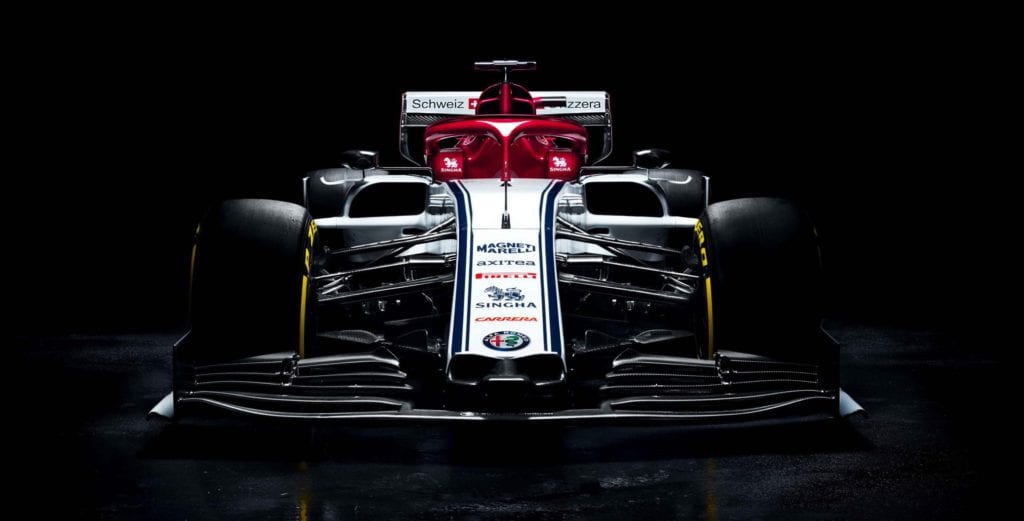