The New McLaren MCL35 Has Tiny Sidepods And A Matte Livery

The matte effect looks great – the papaya and blue is a great combination – but in terms of the actual livery design, I’m not sure whether the simple blocks of colour (which has quite a lot of black now) looks quite as good as the triangular geometric patterns of last year.

It’s still a handsome-looking machine though and in terms of the car itself, things appear to be rather interesting. That rear end is seriously tight (you at the back, stop sniggering) and those sidepods look tiny.

Last year saw something of a resurgence of McLaren as the team finished fourth in the championship and scored its first podium for over five years. Can Carlos Sainz and Lando Norris use the MCL35 to build on that success in the team’s last year with Renault power units? 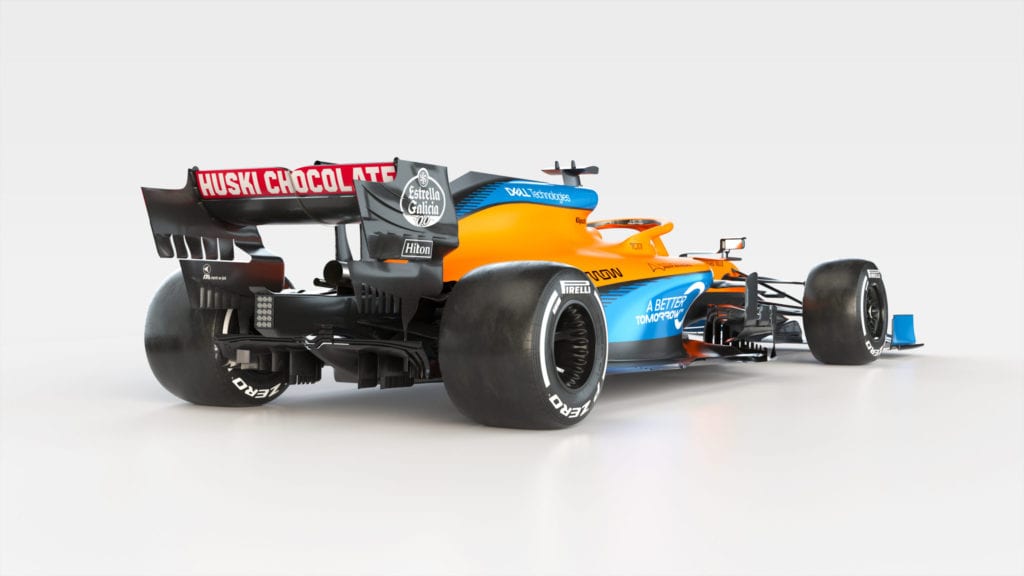