The New MotoE Championship Is In Doubt After Bikes And Equipment Were Destroyed In A Fire – WTF1
Skip to content
×
MotoGP , News

MotoGP, Moto2 and Moto3 are set to be joined by a fourth championship in 2019, with the all-electric MotoE series joining the roster for its inaugural season at five European rounds this season.

Unfortunately, the series appears to have suffered a serious setback following an enormous overnight fire at Jerez, where a test session was taking place, which has apparently pretty much destroyed all of the bikes. Thankfully, nobody was hurt.

The fire is thought to have broken out just after midnight, ravaging the temporary structure in the paddock where the bikes and much of the team’s equipment was being stored. A statement read:

“The E-Paddock for the FIM Enel MotoE World Cup caught fire, causing major damages and losses. The cause of the fire is currently under investigation. Fortunately there have been no injuries. An update will follow in the coming hours regarding the exact causes of the fire and any subsequent changes to the calendar.”

Obviously, the test session has been cancelled, but the worry is that the season is set to begin in Barcelona on 5 May – just six weeks away. Getting a load more bikes built and prepped for the 12 teams and 18 riders set to take part in the championship could be an enormous struggle for manufacturer Energico, which builds all of the bikes for the series.

There’s a real chance that either the start date of the series will be changed, races will be cancelled or, in an absolute worst-case scenario, postponed until next year. 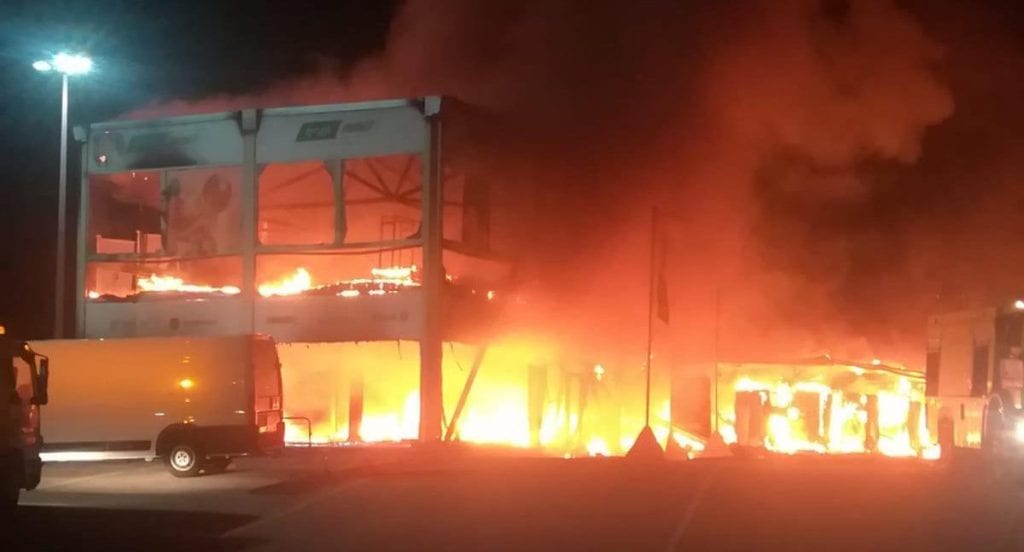