The New Williams Is Here With A Livery That’s Way Better Than Last Year – WTF1
Skip to content
×
Formula 1 , News

There’s a bit of an old joke in motorsport that if a car doesn’t look right, it won’t be any good. With that in mind, it seems that Williams has realised that its lack of speed in 2019 wasn’t down to inferior aerodynamics or early-season production issues, but rather the MS Paint-style airbrush livery which made the car look like a squirt of toothpaste.

To that end, the team has made revamped the livery for 2020… and damn, does it look a whole lot better.

Rokit liveries on other race cars (like Venturi’s Formula E team) have a good deal of red, and that’s what’s happened here. Paired up with the traditional hints of Williams blue and white, it’s a much better look. And best of all, they’ve decided to go with blocks of colour and get rid of that very 90s fade effect.

Will the FW43 be good enough to mix it with other teams and allow George Russell and Nicholas Latifi to properly show off their skills? We hope so. And if that happens, they’ll have the Williams design department to thank for it. 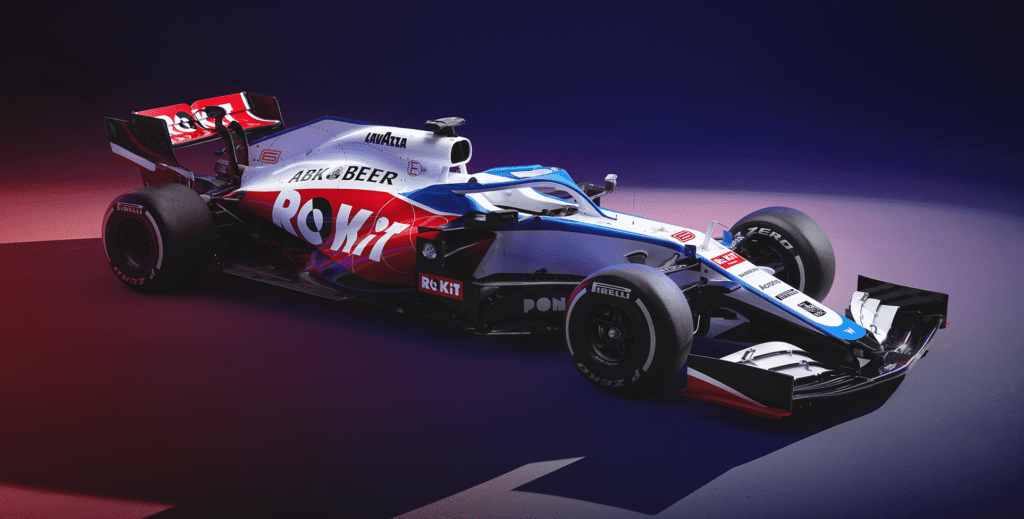