The No.7 Toyota Had A Head-On Collision With An LMP2 Car During Le Mans Qualifying – WTF1
Skip to content
×
Crash , Endurance

The No.7 Toyota Had A Head-On Collision With An LMP2 Car During Le Mans Qualifying

The first half of qualifying for this year’s 24 Hours of Le Mans is underway and there’s already been a bit of a brown trousers moment for one of the Toyotas.

Mike Conway was coming through the Ford Chicane when he encountered the No.31 DragonSpeed LMP2 car rejoining the circuit at a dodgy angle following a spin (note to Canadian GP stewards: this is an unsafe rejoin!), resulting in a rather spectacular head-on collision.

And yes, we’re all thinking it – the No.31 car is the one that Pastor Maldonado races. But before you get your hopes up (if you haven’t already) it wasn’t him driving this time – it was Roberto Gonzalez behind the wheel.

In an unusual coincidence, both cars involved currently sit on provisional pole in their classes, thanks to Kamui Kobayashi in the No.7 Toyota and, yes, Maldonado himself in the No.31 LMP2 car. He’s proving alright at this endurance racing malarkey, isn’t he?

As for the No.8 Toyota (better known as ‘the one with Fernando Alonso in it’), traffic was the apparent reason it only sits fourth, with the No.11 SMP Racing and No.3 Rebellion ahead.

Don’t get too excited about the pace of the privateers indicating a close race, though – when you take into account stint lengths and race performance, the hybrids still have a colossal advantage. One lap speed is a different matter, however – all it takes is one monster lap from someone in the remaining four hours of qualifying today and Toyota could be knocked off the top spot. 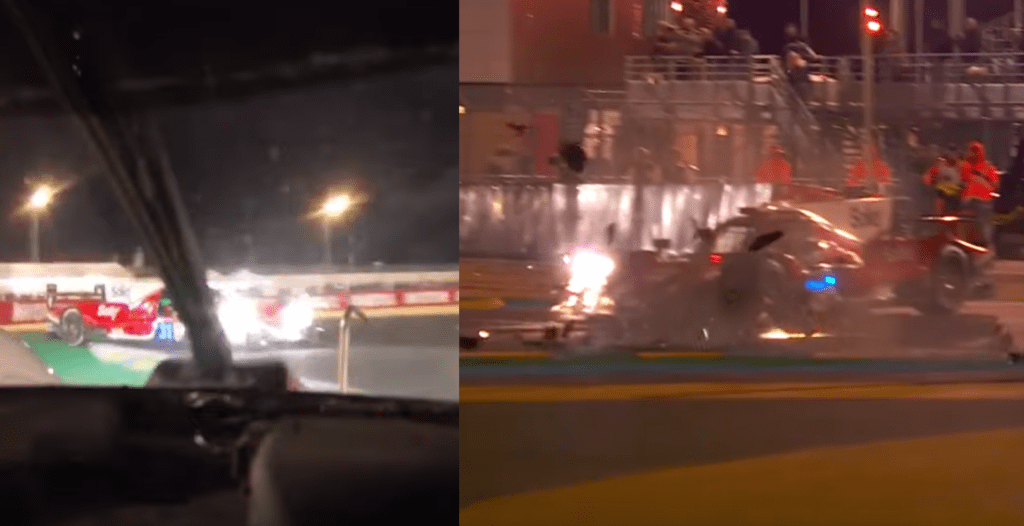