The No.7 Toyota Lost Le Mans Because The Team Changed The Wrong Tyre – WTF1
Skip to content
×
Endurance , News

The No.7 Toyota Lost Le Mans Because The Team Changed The Wrong Tyre

The No.7 car of Mike Conway, Jose Maria Lopez and Kamui Kobayashi had dominated the race when the car had to make an unscheduled stop after a slow puncture was detected. Lopez came in, had the offending tyre changed, only for another puncture to be discovered on the outlap, resulting in a slow journey back to the pits.

This cost them the lead and ultimately the win to the No.8 car, but it wasn’t just an unlucky coincidence that the car got two punctures in two laps, but actually an error with the equipment. Toyota Gazoo Racing technical director Pascal Vasselon told Sportscar365 after the race:

“They picked up a puncture which the sensors in the car have already detected. They have detected the wrong tire, so it told the team that it was the front-right, but it was the rear-left. So we changed only the front-right, and then when they restarted, we realized immediately that the puncture tire was still on the car. This is why he did the second lap slow.”

Vasselon added that the No.7 crew “fully deserved” the win, while team boss Rob Leupen admitted that there had been talks to issue team orders in order to restore the victory. He told Motorsport.com:

“We thought about doing something, but that wouldn’t have been correct. We talked it through with the drivers and I think we did the right thing. Le Mans chooses its winner again.”

It was an unfortunate turn of events so late on, but it begs the question of why Toyota changed just one tyre instead of all four – something Leupen said the team would have to look at. It would have taken slightly longer, yes, but it probably wouldn’t have cost the car the lead or the win – especially as the No.8 crew had an eye on winning the championship rather than pushing hard for a win… 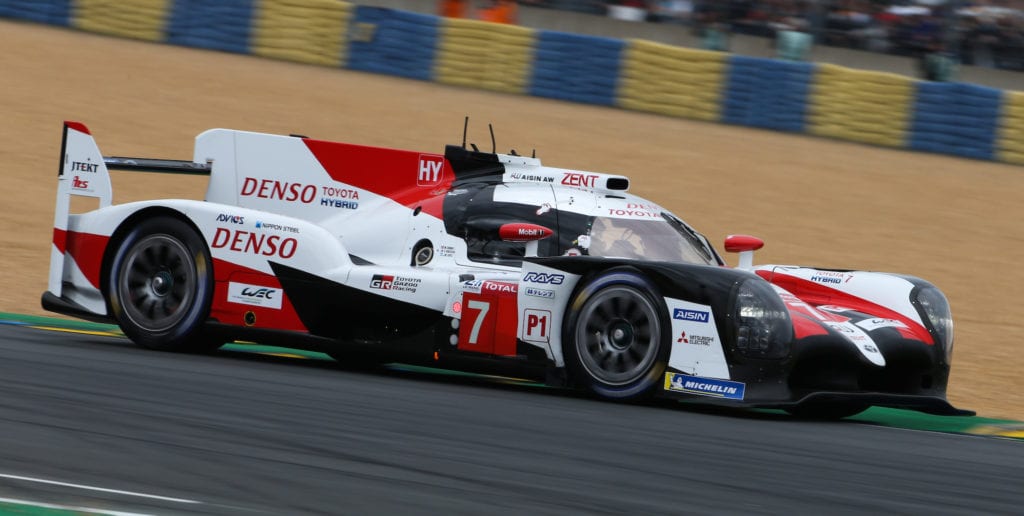