All the hype about the new circuit was the fact the circuit went up and down Eau Rouge, but actually it was the long, fast, banked dirt turn on the dirt – and the way the joker lap was laid out – that made for some spectacular action. The drivers were all getting seriously sideways and making more use of the side window to look out of rather than the windscreen – Liam Doran in particular was achieving some monstrous angles.

Anyone else think @liamdoran is excited to go racing today? Warm-Up complete, Q3 coming up in 20 mins! Join us LIVE: fiaworldrallycross.com/live

The star of the show, however, was Timerzyanov, who made overtaking into the difficult first corner something of an art form.

That was one HELL of a move, @timur_timerzyanov 👏

One of the fastest drivers all weekend, he put down a searing pace in the final to take his first World RX victory, and the first of any rallycross event since 2012. Needless to say, he was rather happy!

Andreas Bakkerud took second ahead of another star performer, Joni Wiman. In a one-off drive – and his first rallycross event for more than two years – Wiman managed to take the honours of being top qualifier and despite being dumped to last at the start of the final, was able to recover to the podium.

Timmy Hansen had a bit of a damage limitation weekend to finish fourth, ahead of Janis Baumanis and Liam Doran. Kevin Hansen missed out on the finals but still leads the championship 11 points ahead of his brother, with Timerzyanov moving up to third. Maybe the Hansen’s won’t be walking away with the season after all, because it’s shaping nicely to be one seriously close title fight… 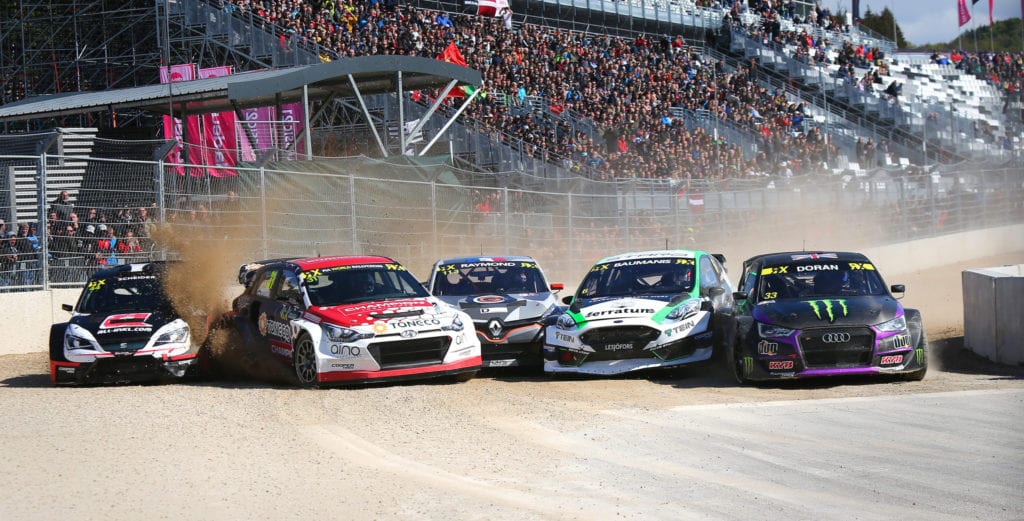