We’ve been treated to four car launches so far this season, but some teams have decided to stick with the same livery design in 2021. WTF1 Founder Tom Bellingham believes one team in particular is running a livery that will go down as iconic in decades to come, partly thanks to it staying the same year on year.

The year is 1996, and McLaren has just revealed exactly the same red and white livery for the 16th season in a row.

Twitter didn’t exist in 1996, but you can probably imagine what the reaction would be.

There’s no right or wrong way to do a livery. At the end of the day, it’s all subjective, and there’s more to a great livery than just the design. Nostalgia plays a huge part, even success… just think about how many of the liveries that top the ‘best of’ lists are winners or associated with drivers like Schumacher or Senna.

McLaren was the first to release their new car, and it’s fair to say quite a few people were unimpressed when they shared an almost identical livery after we sat through Daniel Ricciardo and Lando Norris playing the triangle for 30 minutes.

Both the ‘Alphas’ – Alfa Romeo and AlphaTauri – made tweaks to their liveries this year and received plenty of praise for it online. AlphaTauri added more of the dark blue pattern across the nose but kept the colour scheme they debuted with last year, while Alfa Romeo inverted their livery, switching up the white and red.

The latter, in particular, got huge love on social media, and almost 50% of our Twitter following voted it as the best livery we’ve seen so far.

Next to launch was Red Bull, who revealed their RB16B with what is essentially the same livery as last year, just swapping a lot of the Aston Martin branding for Honda and adding Sergio Perez’s new sponsors.

The livery has stayed pretty much identical since 2016, when the team parted way with title partner Infiniti. That year, the livery received a hugely positive reaction. The simple three colour design of blue, red and yellow really made the Red Bull logos pop, which is what the brand would want when they’re spending a fortune on running an F1 team for what is essentially marketing purposes.

The matte finish was also very novel at the time, whereas more and more teams have started running matte liveries in the constant quest for weight saving.

The 2016 livery was a welcome change from the rather busy Infiniti purple/blue Red Bull design. Fast forward five years, and the Red Bull livery now receives a very different reaction.

As soon as the RB16B livery dropped, the memes arrived. Pam Beesly’s ‘It’s the same picture’ meme from The Office, the pointing Spiderman… the majority of Twitter was unamused that Red Bull hadn’t done anything new.

I might be in the minority here, but for me, the current Red Bull livery is perfect. As mentioned earlier, it’s simple, the branding pops, and one day it’ll be as iconic as the Marlboro McLaren, JPS Lotus… or even the Vodafone McLaren, which is lorded these days as a modern classic.

If you’re as old as me and have been on Twitter since the Vodafone McLaren days, each McLaren car launch went pretty much the same as Red Bull goes nowadays. There’d be mockups of the car in ‘classic’ McLaren red and white and rumours pretty much every year that they might return to the orange or ‘papaya’ colours of the 1960s.

Would the Vodafone McLaren Mercedes be as fondly remembered as it is today if the team had scrapped it for a brand new colour scheme after just a couple of years instead of the seven years it served? Probably not.

While teams who have changed their design will undoubtedly top all the favourite livery polls this year, in 10-20 years, which livery will people look back on most fondly? The answer is Red Bull.

Do you agree with Tommy? Let us know in the comments below! 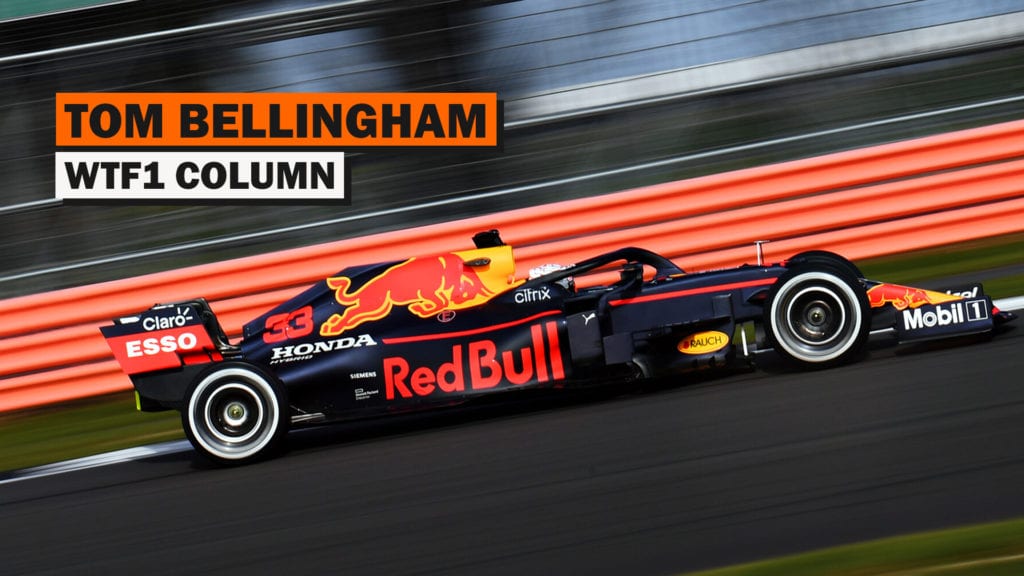