A Mercedes-Benz sponsored race; 125 years of motorsport; 200 grand prix starts. There’s plenty for Mercedes to celebrate this weekend – hence the clever one-off livery – and the personnel have got involved, too.

Instead of the usual team gear, there’s plenty of 1950s clothing to go around – vintage dresses, sharp suits, flat caps, classic overalls – to celebrate the manufacturer’s first F1 win back in 1954.

Lovely touch at Mercedes. The whole team has turned up in 1950s outfits. Rock n Roll playing in the motorhome. It’s glorious. pic.twitter.com/W9yDg1KgaR

Valtteri Bottas even has some nice touches to the past in his race gear with brown gloves and race boots.

Not just the team rocking a vintage look this weekend… 😉

Best of all, however, is Toto Wolff donning a tie, braces, and high-waisted trousers to replicate the style of his 1950s counterpart, legendary Mercedes racing manager Alfred Neubauer.

Great stuff, right? I was going to make a joke about their rivals probably wishing they were using retro cars as well, but based on Mercedes’ performance in practice, it wouldn’t really work… 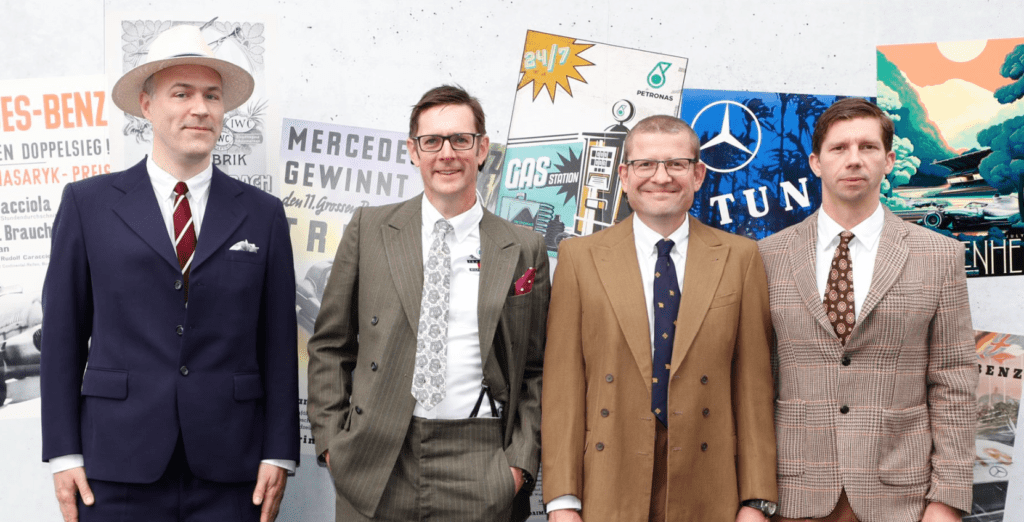