During this year’s Spanish GP there was plenty of chatter about how the Circuit de Barcelona-Catalunya was hosting its last race. When the return of the Dutch GP was confirmed a few days later, it seemed like being the nail in the coffin – Zandvoort would take Spain’s May slot in the calendar and, with both Mexico and Germany facing uncertain futures, the all-new Vietnam GP (also set to take place early in the season) would end up taking the place of whichever one of those dropped off the calendar (albeit as one of the early-season flyaways).

Now, however, the Catalan government has granted funding for the Spanish GP to continue next year – and since funding was previously the only major hurdle to it remaining, it seems likely we’ll see Spain on the calendar next year after all. Should either Germany or Mexico somehow find the means to host a race in 2020, too, that will suddenly mean a 22-race calendar (23 if both return). Now, F1 has said that a 25-race season would be possible, but that’s always been seen as something to deal with a few years down the line – not over the next few months.

As well as the extra stress and demands placed on mechanics and team members to spend even more time away from home, it could also cause problems for the teams themselves. Getting through a 21-race season on just three engines is already a tough challenge for many manufacturers and adding another race or two to that will likely see an increase in the amount of engine-related grid penalties dealt out – and nobody likes working those out, do they?

Speaking in the Friday press conference in Hungary, Christian Horner’s idea to save money in that area would be to cut down testing and increase the power unit component allocation for the season. That way, the extra components not being used in testing could be used during the season, theoretically keeping costs to a similar level:

And I think if we are to introduce a 22nd race the majority of teams are taking penalties and using four engines anyway, so one would assume that it would make sense to increase the allocation on power units and components and perhaps if we look at the ratio and say ‘well, OK, rather than using engines for going testing and if we reduce the in-season testing and pre-season testing slightly, if that frees up an engine that the majority of teams they’re going to use anyway. From the next race there is going to be a whole raft of penalties coming through, and we’re only just halfway through the season, so introducing another race on top of that and expecting teams to get through on three engines and three sets of components is a bit of a tall ask.”

Mattia Binotto disagreed, saying that it would go against the current plans for 2021:

“We are supportive on a 22nd race if that means some more revenues but we need to certainly be careful on the costs, the extra costs. If you look as well at 2021 at the moment we are discussing for 24 races but no extra engines, no extra units, so I think it’s only a path to 2021, so increasing the number of units for next year would be simply wrong, because it would mean, yes, more revenues, but then more costs, which would make no sense overall and so it should be on the power unit manufacturer to try to do an effort which is in the direction of 2021 to afford an extra race with the components we’ve got.”

Another potential problem is that quite simply, there’s not a lot of room for the Spanish GP to slot in. The Dutch GP has taken its place and if Spain was also to be held in May, it would most likely mean a triple header with either the Netherlands and Monaco or Baku and the Netherlands.

And, based on how last year’s France-Austria-Great Britain triple header went, that’s something not many teams would be up for, according to Claire Williams:

“I think most importantly from our side it’s consideration of our team personnel. I think pretty much they are pushed to the limit at the moment with what we are asking them to do with 21 races and the tests on top of that and then the work they have to do in the factory in between. In our team we don’t necessarily have the luxury of rotating staff in and out, we are at capacity on head count. So it would be around looking into that and working out whether we need to bring in more people to support it.

“I think from our perspective again, I wouldn’t want to see a triple-header on the calendar. I think we have been assured that there wouldn’t be one. I think that broke a lot of people last year, but also from a logistical perspective that is just a nightmare; it’s a disaster.”

A summer date for the Spanish GP (Hockenheim’s space) would likely be difficult given the soaring summer temperatures at that time of year. Mind you, the whole of Europe has been bathed in horrifically uncomfortable record-breaking heat this year, so maybe it wouldn’t be that much of a problem.

The other option would be a date later in the year and having Spain close out the European season, as it did back in 1991. However, that would potentially mean either a shorter summer break or a more compressed schedule in Asia and South America which, from a logistical challenge, isn’t ideal.

Liberty now faces a big challenge to get something sorted. It’s usually around the summer break that we first see a draft calendar, so we shouldn’t have too long to wait to see how it all pans out. Besides, you never know, if both Mexico and Germany don’t sign on for 2020, it’ll make accommodating Spain a little bit easier and we might end up with 21 races again after all. Any more than that, and suddenly you’ll have teams like Red Bull clamouring for regulations changes for next year at the same time as everyone is trying to sort out the 2021 ruleset.

The irony is that of all the races and circuits that could have disappeared, Barcelona is the one that, from a fan perspective, many of us wouldn’t have minded losing – it’s not like the racing there has a reputation for being particularly good… 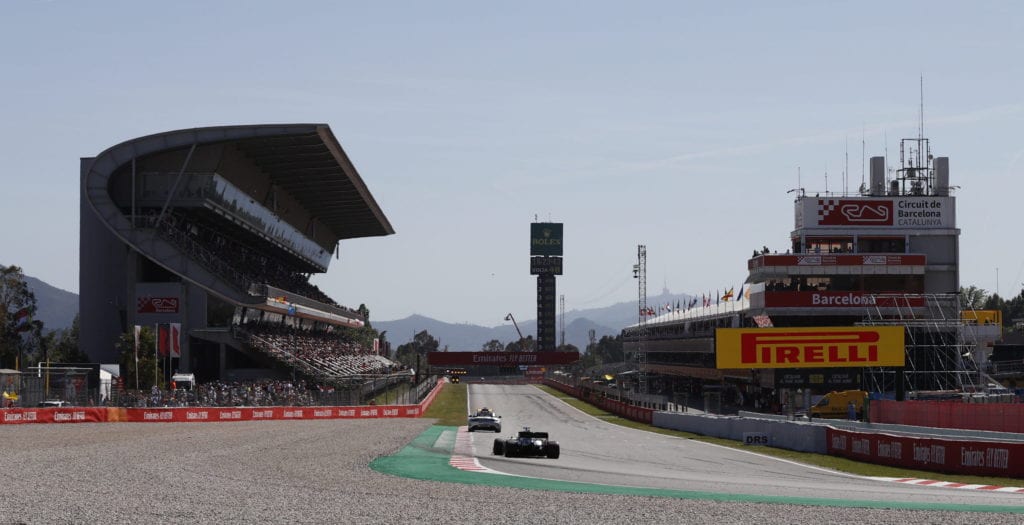