The Senna Family Gave Lewis Hamilton One Of Ayrton’s Helmets

Lewis Hamilton has made no secret of his admiration for Ayrton Senna during his career, and it was only a matter of time until he equalled the Brazilian’s iconic number of 65 pole positions.

Fittingly he did so with a stunning lap at Montreal, the scene of his first pole position and victory back in 2007 and a track where he’s always been pretty damn quick.

But as if matching his idol’s record wasn’t enough, during the post-quali interviews in front of the turn two grandstand (how great are they by the way?!) he was given an amazing gift to commemorate his achievement.

HAM: "I'm shaking. For many of you, Ayrton was your favourite driver. He was mine too. To receive this and match him is a great honour" #F1 pic.twitter.com/OybcWrefmr

The helmet was one of Ayrton’s actual race-worn ones from the 1987 season, his final year driving for the Lotus team. It was an incredible gesture by the Senna family and one that made Lewis understandably emotional.

It was great to see, not only because of the achievement and link to the sport’s history, but also the way it was done in front of the fans. It’s so awesome to see the human element of F1 being put to the fore once again.

Hamilton is now just three pole positions away from equalling Michael Schumacher’s all-time record of 68. With 14 more races to go this season, it’d take a brave person to bet against him beating it by the end of the year. 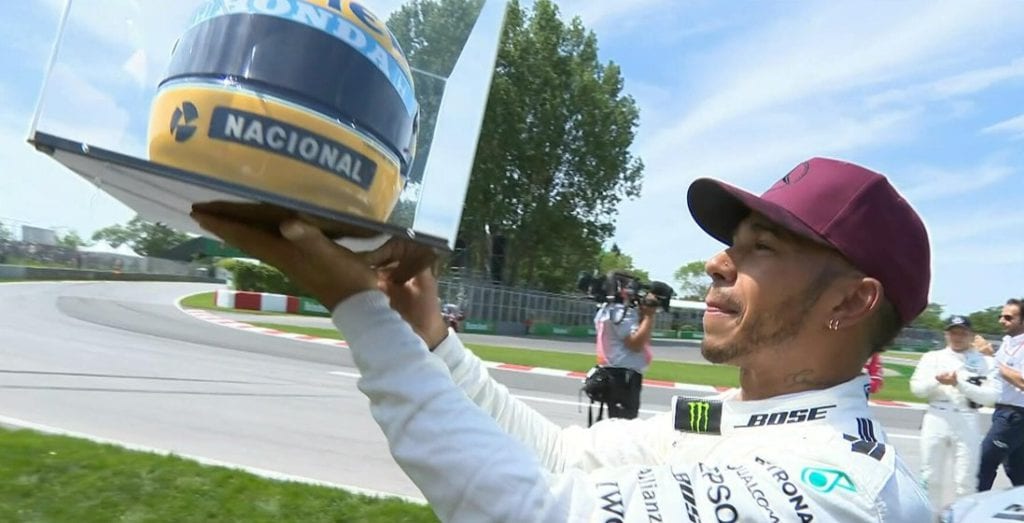