The Fastest Ever Lap Of Shanghai Was Smashed In F1 Qualifying – WTF1
Skip to content
×
Formula 1 , News

The Fastest Ever Lap Of Shanghai Was Smashed In F1 Qualifying

Lewis Hamilton secured pole position for the Chinese Grand Prix by just under two tenths, a slim margin after stunning laps from both the Mercedes driver and his nearest rival.

Hamilton’s pole time of 1:31.678 is actually the quickest ever lap at the Shanghai track, although it’s not the official lap record as it wasn’t set in the race.

The record is Michael Schumacher’s 1:32.238 from the first Chinese GP in 2004 and while that remains official, it’s now been beaten as the actual quickest lap ever in Shanghai.

It’s pretty bonkers to think how quick these new cars are. Hamilton already smashed the quickest lap of the Albert Park Circuit in Australia at the season-opener.

Now he’s got another fastest ever lap under his belt and his pole time was almost four seconds quicker than Nico Roberg’s 1:35.402 from Q3 last year.

How many more ultimate track records can these cars take this year? Surely the answer to that is ‘a lot’…

We’re only at the start of the development cycle for these cars too, so there’s a lot more to come.

Plus, less than two tenths between the top three drivers in qualifying bodes very well for Sunday’s Chinese GP. 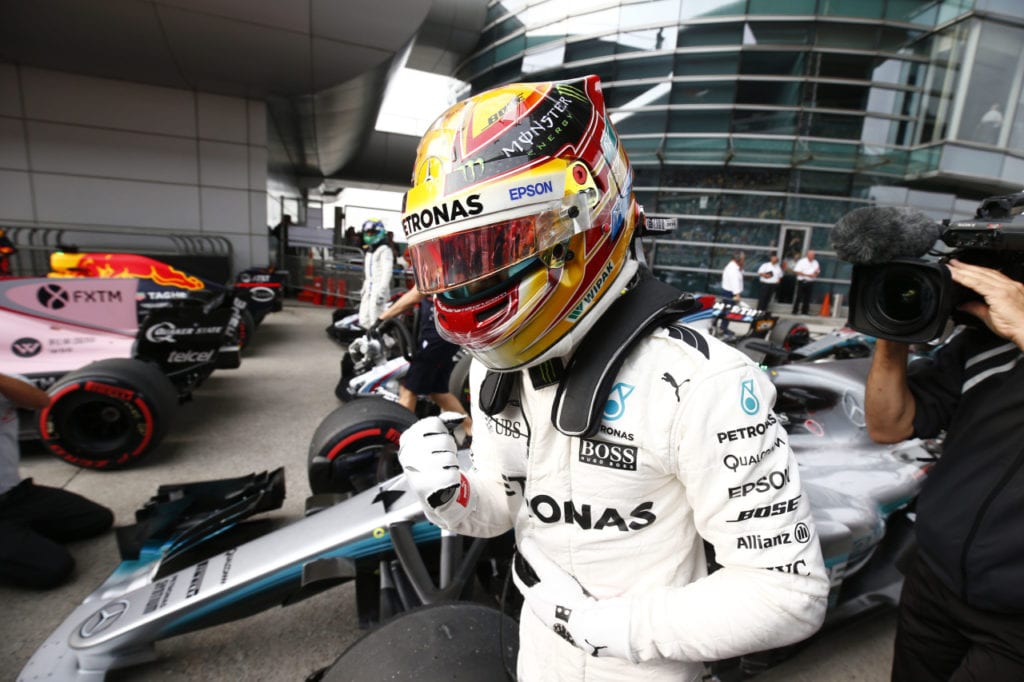