It’s horrible to go into a race weekend expecting nothing to happen but the Spanish GP always seems to produce that sort of feeling. Unfortunately that’s pretty much how it turned out, too, with Mercedes recording its fifth consecutive one-two and the positions barely changing after the first lap.

If we may attempt to polish this turd, there were some interesting moments. The start was critical and is the cars approached the first corner it could have gone one of several ways. As it was, Lewis Hamilton’s superb start was enough to give him the advantage on this inside line, while Valtteri Bottas was a bit pinched by Hamilton and Sebastian Vettel on the outside. Full marks for Vettel for attempting to make something happen, but the locked brakes flat-spotted his tyre and ended up compromising his – and Ferraris – race.

Max Verstappen also did a lovely job, sweeping around the outside of Turn 3 to run third, where he stayed for the entire race with enough pace to beat Ferrari, but not enough to challenge Mercedes.

In the midfield, one driver stood out by a mile. Daniil Kvyat was one of the few drivers who seemed able to make overtakes and recovered well from a duff pit stop to finish ninth. Kevin Magnussen and Carlos Sainz ahead of him also did a great job to make up positions after the late safety car, caused by Lando Norris and Lance Stroll getting together in Turn 2. It didn’t quite make the race interesting, but it was a nice effort, fellas – we appreciate the sacrifice.

Questions are definitely going to be asked about Ferrari’s strategy as both drivers lost time as the Scuderia fumbled with team orders and succeeded only in costing each other time. There were times during the race when the car looked quick, but Vettel and Charles Leclerc were simply too far back to be able to do anything with it.

Hamilton’s win could only be described as dominant. Bottas was never in a position to challenge as his teammate romped away seemingly at will, setting the fastest lap in the process. That’s a real marker for the championship, especially as he’s been making such good starts lately – Bottas can take all the poles he likes, but if he keeps losing out at the start then he’s going to struggle to truly get on top of his title rival.

Anyway, time to forget the Spanish GP, if you haven’t already – if it’s replaced by the Dutch GP in 2020, at least we’ll be able to get by on the novelty of a different race for a few years before we get fed up with that, too. And hey, maybe things will be more exciting at the next race. 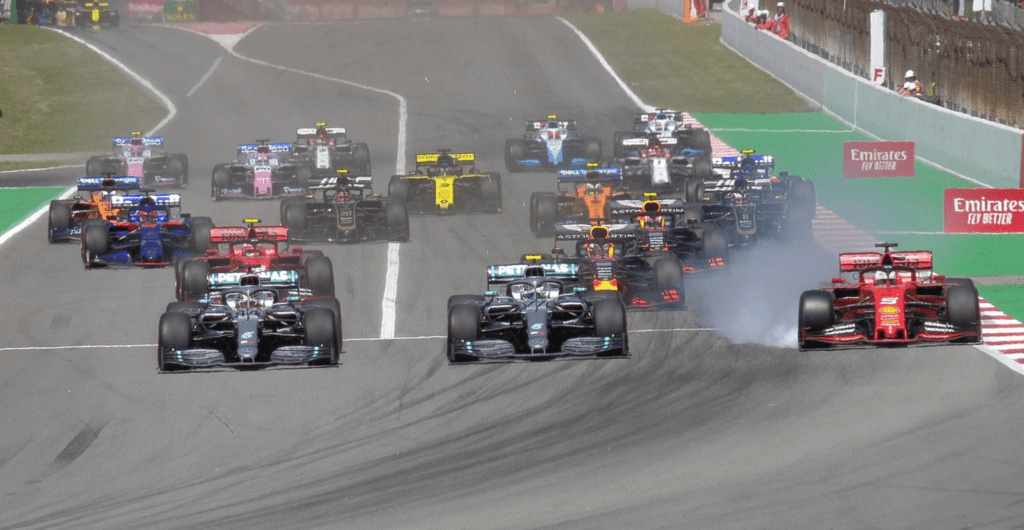