The Start Of This Formula 3 Race Was Absolutely Chaotic – WTF1
Skip to content
×
Crash , Juniors

The Start Of This Formula 3 Race Was Absolutely Chaotic

When there’s a long and important race ahead, the last thing you want to do is retire from it at the first corner in a big shunt.

Well, that’s what happened at the start of the second British F3 race at Oulton Park earlier this month, when wheel-on-wheel contact sparked a multi-car crash.

It was made worse by the fact the two drivers who initially clashed were in the fight for third place entering Turn 1, with the rest of the field having to avoid them.

Toby Sowery tried a move down the inside and collided with Harry Hayek, spinning Hayek’s car around. Petru Florescu had nowhere to go and slammed into the F3 machine blocking half the track.

A number of other drivers were also involved, and Sowery tried to continue but went straight on at the next corner and was hit by another driver.

Predictably, with so many damaged cars scattered across the track, the race was red flagged and later restarted. 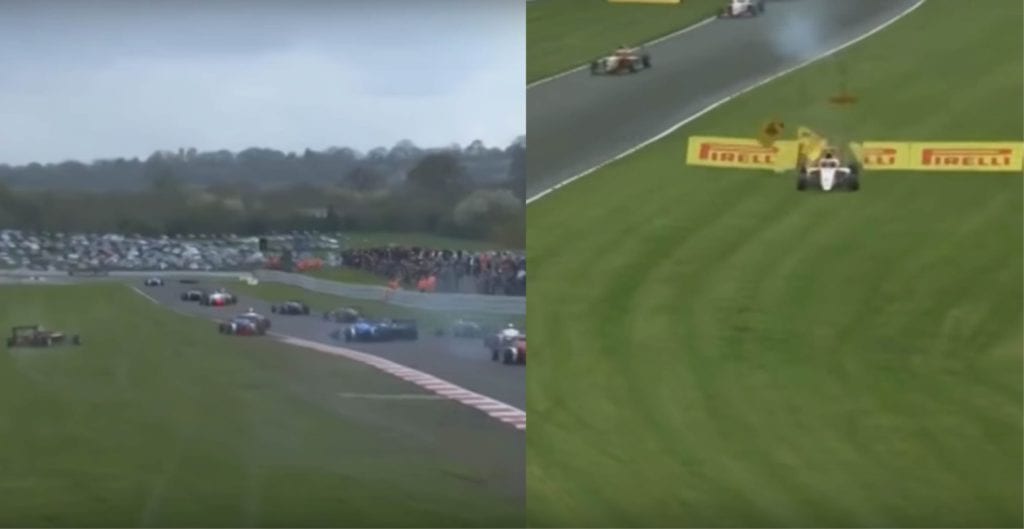