The Stewards Have Reprimanded Alonso For Ignoring Blue Flags

The stewards in Suzuka must have a job lot of reprimands they’re looking to offload, because as well as giving Sebastian Vettel one for being late to the national anthem ceremony, they’ve also given Fernando Alonso one for ignoring blue flags.

In the closing laps Lewis Hamilton was held up by the McLaren driver, giving a small chance for Max Verstappen to snatch the win. Ultimately it didn’t really have an effect on the outcome of the race, but Alonso was still in contravention of the rules so action had to be taken.

The stewards said that Alonso was first shown the waved blue flags at Spoon on lap 51 and didn’t allow Hamilton to pass until the hairpin on the following lap, which in their eyes was far too long to wait.

Apparently, Fernando admitted to the stewards that he could have let Hamilton past on the pit straight but elected not to, and with there not really being a suitable place to let someone past until the hairpin he ended up passing too many blue flags.

Now normally ignoring blue flags carries a much bigger penalty; Stoffel Vandoorne was given a drive-through for a similar thing back in Canada. But stewards were lenient towards Fernando, given that Suzuka isn’t exactly the easiest track to let people past on, and that when he did let them by he gave plenty of room.

That’s why he ‘only’ got a reprimand (and two penalty points on his license) instead of something more severe. Still, it makes you wonder how everyone else managed to be lapped easily enough…

Given the season he’s had Alonso is past caring about such things though, and he doesn’t believe he changed the outcome of the race in any way.

“Hamilton was leading and the Red Bull was second, I don’t know if I waited two or three corners more or less, but they finished in that order so there was no big implication in the race’s final outcome. Whatever they decide we will accept it and we’ll try better next time.”

Should Fernando have got out of the way sooner or was he right to keep trying to attack Massa for the final point? Let us know your thoughts in the comments! 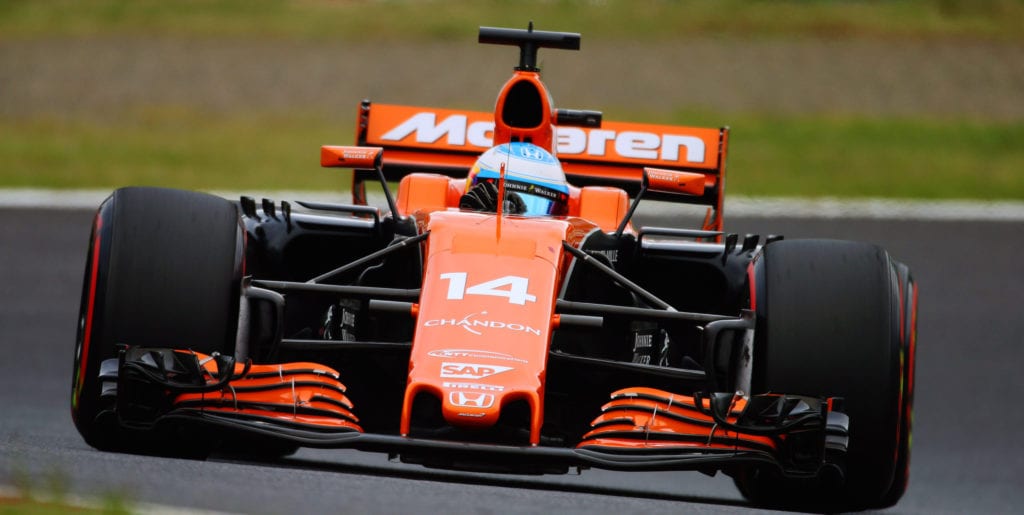