The Super GT/DTM Race At Fuji Was So Bonkers That Narain Karthikeyan Won it – WTF1
Skip to content
×
News , Touring Cars , WTF

Karthikeyan became the first Indian F1 driver when he joined Jordan in 2005. Though he showed occasional glimpses of real speed he was usually quite erratic, and he disappeared from the grid at the end of the season and we all thought that was that.

However, he then came out of nowhere to make a sensational F1 comeback during 2011 with the struggling HRT squad, only to lose his seat to Daniel Ricciardo. However, the two were teammates once during that year, in India – and Karthikeyan used home advantage to actually beat him. He had a full year with the team in 2012 where his most famous moment was being hit by Sebastian Vettel while being lapped, prompting the Red Bull driver to call Karthikeyan a “cucumber” for some reason.

At this point, you could be forgiven for writing him off as one of F1’s many forgettable backmarkers who disappeared off into obscurity.

However, the guy loves his racing and at 42 years old, he’s just completed his first season racing GT500 cars in Super GT (where he finished on the podium at Sugo). Now, he’s a race winner.

Racing at Fuji in a grid mixed with DTM and GT500 machinery, Karthikeyan qualified on the front row, took the lead on the second lap and never looked back as the rest of the field seemingly tripped over each other in an attempt to get on terms with him.

Contact, punctures, debris and crashes meant that the safety car made three appearances during the 55-minute race, but Karthikeyan survived the restarts and the craziness to take a superb victory.

That’s an incredibly impressive feat, especially when you consider the incredible levels of talent in that field – champions from DTM, Super GT, WEC, and even IndyCar (the inspirational Alex Zanardi was also in the field) as well as other former F1 drivers like Kamui Kobayashi and Heikki Kovalainen. It’s also his first major race win since he raced in Auto GP in 2013.

Karthikeyan’s been racing well for years, too. From 2014 to 2018 he raced in Super Formula, scoring points and podiums as he went toe-to-toe with then-young talents like Stoffel Vandoorne.

So yeah, when you think of his time in F1 and then see that he’s just won a rather high-level race, it is slightly amusing. But don’t forget, the guy has always been quick – he was once a Red Bull Junior driver for heaven’s sake. He’s been doing the business in motorsport for well over 20 years and judging by this race, he’s still got plenty left to give. Respect. 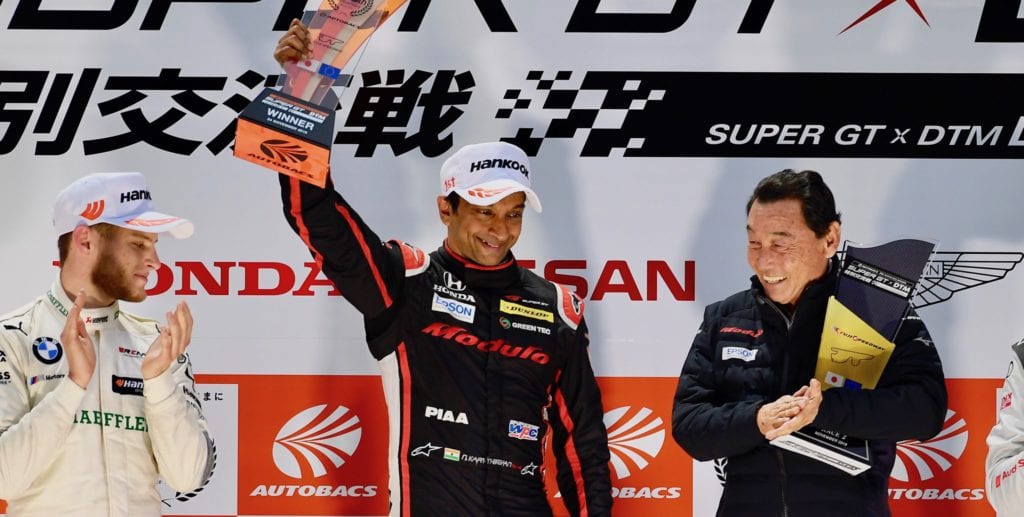