The Supercars Series Is Having A Game Of Thrones-Themed Race Weekend – WTF1
Skip to content
×
Touring Cars , WTF

How about this for the crossover event you never saw coming? Game Of Thrones is returning next week for its final season and to promote the series, Australian broadcaster Foxtel is adding a GOT theme to a series of sporting events this weekend, including the Phillip Island Supersprint round of the Supercars Championship.

That doesn’t just mean a bit of extra promotion and branding, either. Drivers who avoid sticking it in The Wall and win the race will get to sit on the Iron Throne after the race – and there will also be a bit of dressing-up going on.

A statement from Fox Sports read:

“With corners such as Siberia, there will be no doubt ‘winter is coming’ and defending series champion Scott McLaughlin will have to keep a tight guard on his crown, with the powerful and proud Lannister-like brigade of Shane van Gisbergen and Jamie Whincup plotting the resurgence of the famous lion of Holden; along with the scheming Tyrion-type and joker in the pack – David Reynolds,”

Yes, this is a real thing that’s happening in an actual championship, which got us wondering – what other TV show/motorsport crossovers should there be? A Brooklyn Nine-Nine themed Nascar race where the top three eat yoghurt on the podium? A Stranger Things World RX event where everybody races upside-down? Or how about an interactive F1 race in partnership with Black Mirror where viewers get to choose their own adventure… 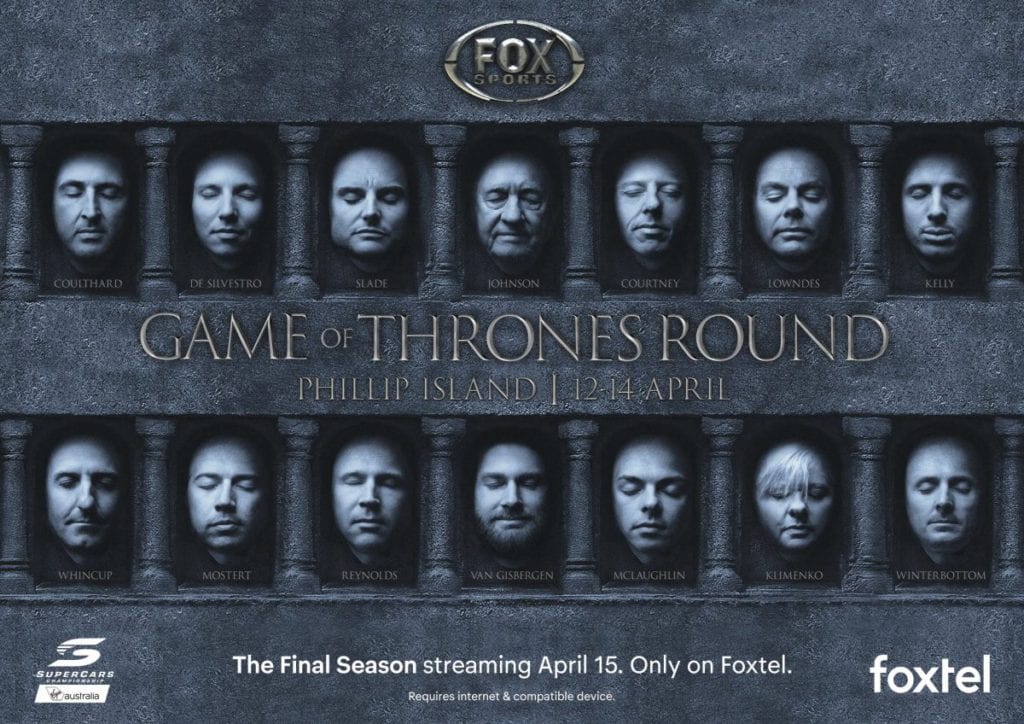