We reaaaally want to own an F1 car. Like, a lot. Okay, we might not be able to drive it, but imagine how cool it would be to have it just chilling in your hallway or on the living room wall. There might be a small issue that the house is too small, but they’re minor details.

It’ll come as no surprise that owning an F1 car isn’t going to cost you a cheeky tenner. They’re mega expensive, and here are the top ten most costly F1 cars sold at auction.

This chassis was the last car that Sir Jack Brabham ever drove in F1. Jack is the most successful Aussie ever in F1, with three championships as a driver, one in a car he built! This was the car he used in his last ever race.

Three huge names in F1 drove this very chassis. It was the last F1 car ever driven by three-time champ Nelson Piquet, the first Benetton driven by Martin Brundle, and the car that gave some young hotshot Michael Schumacher his first F1 podium at Mexico in 1992. Definitely a piece of history!

Michael Schumacher’s first-ever F1 car went up for sale a couple of months ago. In fact, we gave you all the chance to buy it then when we wrote about it. It was used for Michael’s first-ever practice session in F1 at the Belgian GP in 1991. This is hands down one of the most beautiful F1 cars of all time!

This is the only surviving model of this Constructors’ Championship winning car. The car is steeped in history, some of it horrific, some of it joyous. The chassis sold was driven by 1978 champ Mario Andretti and Patrick Tambay. Andretti was called up to the seat late in the season after a horrible year for Ferrari. Gilles Villeneuve had died at Zolder, and Didier Pironi lost the use of his legs in a terrible crash at Hockenheim. Andretti brought some much-needed light to the season when he came over from Indycar and qualified on pole at Monza.

The car that helped Nigel Mansell finally win the world championship, the FW14B, is one of the most technologically advanced cars in F1 history! It had active suspension, traction control and anti-lock brakes and was the first car designed by Adrian Newey to win a title.

This was the very car that Senna used when he broke the record for the most-ever wins at Monaco! That year, Senna raced on a race by race contract because he wasn’t convinced by the car, but he still dragged it to wins all year. When Senna won in Monaco, he somehow led the standings. In the end, he finished the year second to Prost.

This car was only sold a few weeks ago at the British GP. The car doesn’t have the historical significance of some others on this list, but it still had great form in the 2010 season. Lewis Hamilton won the Turkish GP and got second in China, while Jenson Button finished third in Abu Dhabi.

This was one of the most successful Ferrari cars of all time. It won 15 races, and this chassis clinched Michael Schumacher his fifth title, equalling Juan Manuel Fangio’s record.

Another Schumacher Ferrari is near the top of the list! This car, specifically, was driven by Michael to win the Monaco GP and the Hungarian GP, where he won his fourth title. On that day, he also equalled Alain Prost’s record (at the time) for the most F1 wins of all time—51.

This is an insanely historical car. It was the Mercedes that Juan Manuel Fangio drove to his second-ever title in the fifth season of F1. Fangio won two races in this model, the German and Swiss GPs and the car broke a couple of records. It was the first-ever championship-winning car for Mercedes, and when it was auctioned in 2013, it was the most expensive car of all time!

The V12 engine in the car is developed with technology from a World War II fighter plane, and it’s still in working order. The car has been driven in displays as recently as 2014, 60 years after it raced!

What F1 car would you like to own if money was no problem? 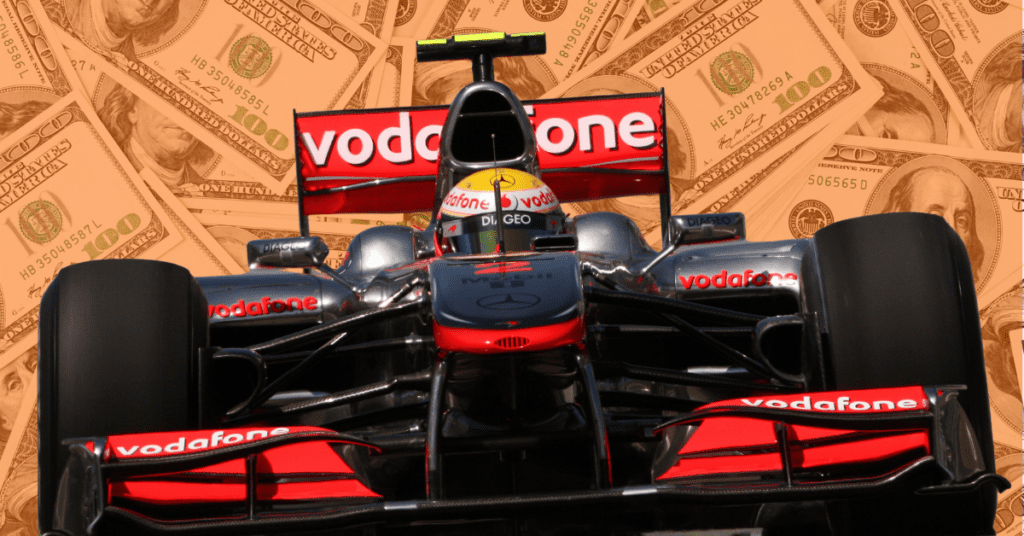