Every living world champion at the time was invited to take part in the race featuring identical Mercedes 190E 2.3-16s. Only Juan Manuel Fangio, Jackie Stewart and Nelson Piquet declined, whilst Emerson Fittipaldi and Mario Andretti were busy taking part in the Indy 500. That still meant a grid featuring nine champs and a whole load of other talented drivers such as Stirling Moss, Jacques Laffite and future champion, Alain Prost, all driving identical Mercedes 190E 2.3-16s.

Senna was of course another future champion, but he was only three races into his F1 career at the time and nobody could quite have foreseen what a force he would go on to become – although this race gave a glimpse.

Prost started on pole, but Senna forced him off track on the first lap and shot off into a lead he was never to lose. He was racing with typical Senna-like intensity whilst most of the others were just there to have to some fun – James Hunt in particular spent plenty of time cutting corners.

Senna won by two seconds from Niki Lauda with Carlos Reutemann third and Keke Rosberg fourth. Prost finished down in 15th, a consequence of his run-in with his future rival.

Despite the fact that few drivers were taking it as seriously as Senna, it was immediately clear to everyone what a talent he was, as 1964 champion John Surtees made abundantly clear.

Three weeks later Senna reaffirmed his potential with his famous drive to second at a soaking Monaco. Sadly his return to the Nurburgring for the grand prix later that year wasn’t quite as successful – he caused a first-corner collision which eliminated himself and four other drivers. But nobody remembers that. They remember the time he beat the best of the best in identical cars as a fresh-faced 24-year-old.

You can watch the full race (minus the start, annoyingly) below. 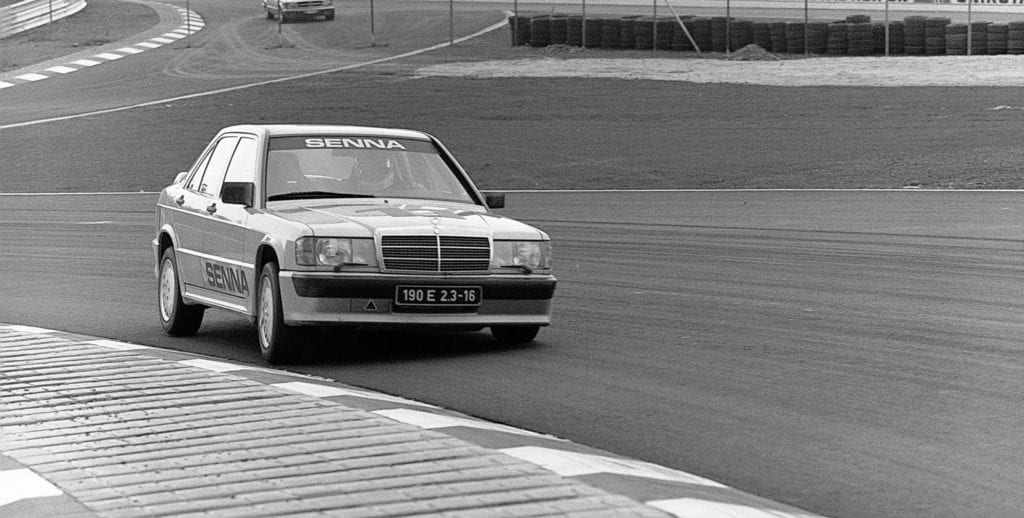