The Time Schumacher Retired On The Warm-Up Lap

Schuey’s first year with Ferrari wasn’t the best – he drove brilliantly, but the F310 was, well… crap. As well as being tricky to handle (Eddie Irvine called it “undriveable”) it was also unreliable as Ferrari struggled to get the best out its first V10 engine.

Following a double retirement in Canada things were looking up at Magny-Cours as Schumacher edged Damon Hill to pole by less than a tenth of a second. Whether he could have been a threat for victory is something we’ll never know – halfway around the warm-up lap his engine went pop. 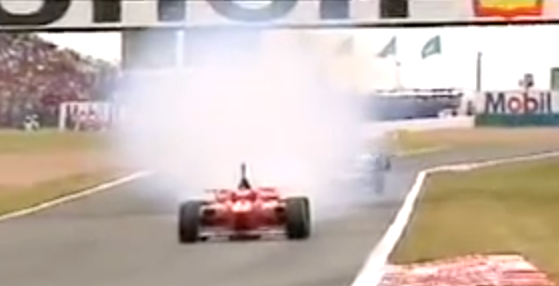