Having passed Lewis Hamilton, Sebastian Vettel and Valtteri Bottas, Verstappen spent the last 10 laps of the Austrian Grand Prix chasing down Leclerc, who looked set to take a maiden F1 victory – and Ferrari’s first of the 2019 season. On fresher hard compound tyres, the Dutchman caught Leclerc with 5 laps to go and set about making a move. An unsuccessful attempt at Turn 3 on lap 68 of 71 was followed by a more forceful approach at the same corner the very next lap.

Verstappen bumped wheels with the Ferrari driver, forcing Leclerc off the track and out of the lead. Leclerc recovered, but could not catch the Red Bull in the remaining laps. The incident was investigated by the stewards after the race, the discussion starting at 18:00 CEST – around an hour and 20 minutes after the race conclusion.

The final decision, published at 19:46 CEST, declared Verstappen the winner – but questions were asked over the late timing of the verdict. Masi, who assumed the race director role from the late Charlie Whiting on the eve of the season, told Autosport:

“The primary part was we didn’t get going until 6pm, [because of] the various media commitments, the [television] pen and the post-race press conference. The hearing itself, give or take, was about an hour with all parties involved. The stewards deliberated, looked at other cases, precedents, and spoke between themselves. By the time you write the decision and then make sure there are no typos or anything in it and so forth, and then summon the teams back, delivering the decision to them, it quickly [adds up]. Time flies a lot more when you’re sitting outside like all of us than it does when you’re sitting in the room. So it was just one of those things, they were considering absolutely everything.”

At the previous grand prix in France, Daniel Ricciardo lost his points after post-race investigations over rejoining the track unsafely (to be fair, we hadn’t had one of those for at least an hour) and leaving the track and gaining a lasting advantage. Those verdicts were delivered around three hours after the chequered flag, because they happened on the final lap.

Meanwhile, Sebastian Vettel’s five-second penalty at the Canadian Grand Prix was awarded during the race – the incident took place on lap 48 of 70. It, of course, cost the German victory – and Masi said that decisions that allow the podium to show the drivers in their proper positions are preferred. But, it’s not always possible to the nature of F1.

“You want the right decision made, considering all the circumstances and all the factors that are around, and using as much as information as you have available. It’s just one of those nuances in this sport. We can’t blow a whistle and freeze everything, make a decision, and play on.

“We try wherever possible to have the podium be the podium, but when it’s the last two or three laps of the race, it does make it quite difficult. If it was something that happened on lap three I would have thought that if the stewards felt they had everything, they would have made a decision and it would have been ‘play on’.”

Once again, not an ideal situation. But this incident was a completely different one to Vettel’s ‘misdemeanour’. 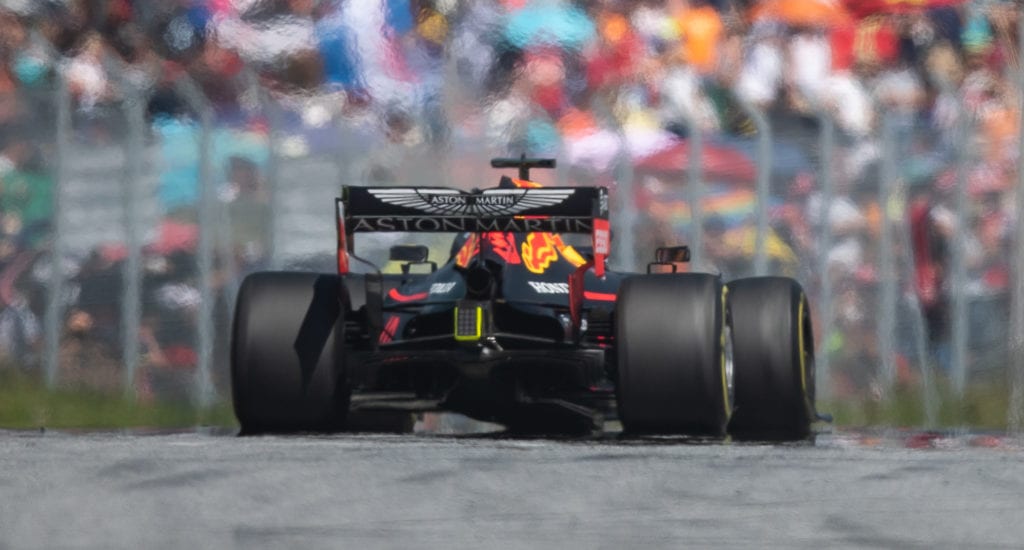