The Triple Crown Of Motorsport Photography

Words and photos by Jamey Price

I come from an American horse racing background. I was a jockey and horse racing photographer before I altered the course of my career to become a professional motorsport photographer. So the ‘Triple Crown’ term is not a new one for me. In American horse racing, to earn the title of ‘triple crown winner’, a horse has to win the Kentucky Derby, the Preakness Stakes and the Belmont Stakes. In one year. Only 13 horses have been able to achieve the feat since 1875.

Fernando Alonso has recently started his passionate quest for winning the motorsport version of the Triple Crown. Monaco, Le Mans, Indy. A driver has to win them all to call himself a triple crown winner. Only Graham Hill has ever completed the feat. Many others have been close though.

In my career, I’ve been fortunate to be sent to Monaco for the Grand Prix on five occasions. Probably the most memorable of which was the 2014 race which Jules Bianchi famously scored points, thus cementing himself in history as the saviour of the Marussia Grand Prix team. In fact, it was my picture shared around the world of Jules crossing the line with the checkered flag waving officially scoring those points. I was working as part of the photography team that supplied images to Marussia for the year, so that image was used heavily by the team, by the media, fans and everyone else, before, but especially after his passing.

At the time, I didn’t understand the importance of that moment. I wish I had. But I didn’t.

I’ve also been fortunate to cover the 24 Hours of Le Mans four times, three of which I was working with Toyota Gazoo Racing’s LMP1 Hybrid team alongside team photographer James Moy (@f1photographer on IG). Yes, 2016 was as heartbreaking as everyone made it out to be. Many tears were shed by all of us. To have the car fail with mere minutes remaining was so disappointing to say the very least.

But I was also there working with James and Toyota in 2018 when they finally beat Le Mans to win for the first time. I won’t debate whether that win was genuine (spoiler, it was genuine). Regardless of anyone’s opinion, it was a great race between the No.7 and No.8 cars and a special moment in Toyota’s history. How many years did Audi compete against mainly themselves? More than a small handful, that’s for sure.

But until last weekend, I had never had the privilege of completing the motorsport triple crown myself. The Indy 500 is an event like none other, and that is coming from a guy that is somewhat jaded about motorsport events. Race cars in general don’t sound as good, look as good or make me as excited as they used to. It takes a lot for my hair to stand on end before a race. But to feel that energy from 300,000 people and 33 cars was something I’ve never experienced. I had chills down my spine.

Even qualifying weekend was something special. Qualifying mattered. REALLY mattered. You might not even make it in the race kind of mattered. It was a six-hour battle of strategy, patience, luck and skill. The wind was whipping, the track was greasy and hot and cars were all over the place. It was incredible to watch the teams make last-minute decisions on whether to make another run and void their time, or to keep their time and hope it was good enough. For a few teams, it wasn’t good enough and that’s the beauty of bump day qualifying. No one is promised one of those 33 coveted spots in the Indy 500.

I was sitting directly behind Fernando’s car, with Mclaren CEO Zak Brown holding him there until IndyCar gave the green light to start his run. Zak waved him off, Fernando popped the clutch, spun the tires up and off he roared in a blur of blue tire smoke. Every photographer knows there is a significant amount of luck in our pursuit of the perfect picture. On this day, I got a little lucky. Indy’s iconic grandstands were shadowed by cloud cover, Fernando’s car lit in bright backlit sunlight. It made for almost the perfect series of pictures.

And it was on that moment, on Sunday’s bump day qualifying that Mclaren failed to make the field of 33 for the 103rd Indy 500. History had been made, in the wrong sort of way.

Fast forward one week to race day. The weatherman had been calling for doom and gloom all week. But the skies parted, the rain held off to the north, and Indy was blanketed in glorious sunshine almost all day. As an American, I’m used to the over the top fanfare of our events. I only need to look back at what COTA did for US GP a few years ago as an example. Many of my European friends hated it. But stuff like that is what makes American sporting events so special, and fun! So there I was, sitting above the main grandstand in “the crow’s nest”, about to shoot one of the greatest sporting events on Earth. Looking down the main straight at hundreds of thousands of people as the National Anthem was sung, fighter jets screamed overhead and the command was given to fire engines. It’s a spectacle like nothing else.

Maybe you’re a fan of Indycar, maybe you aren’t. But I now strongly believe every racing fan needs to go to Indy once in their life for the 500. You won’t regret it.

I’ve ticked all the boxes. I’ve stood at the swimming pool chicane in Monaco to watch the cars dance at speeds beyond belief. I’ve been on the Mulsanne at 3am to listen and watch the cars roar past in a symphony of noise during Le Mans. And now I have a photo of Simon Pagenaud dousing himself with whole milk.

Not that I was ever in pursuit of the motorsport triple crown. It’s more of a testament to the amazing clients I have that brought me there. But I’m thankful to have done all three in my short career.

Jamey Price is a Charlotte-based professional motorsport photographer. You can find more of his work on Instagram and social media @jameypricephoto. 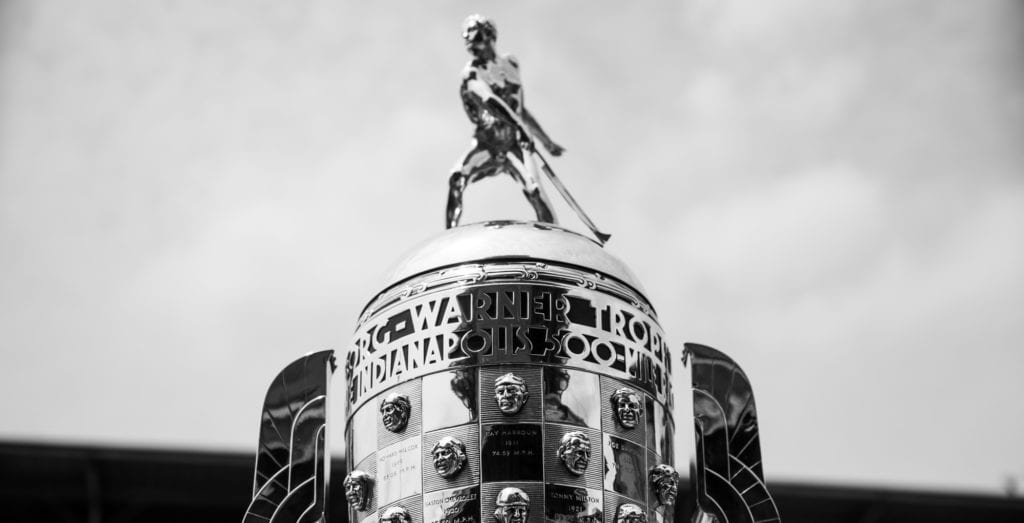