The TV Director Cut Away From The Only Interesting Bit Of The French GP – WTF1
Skip to content
×
Formula 1 , News

The moment Lewis Hamilton, Valtteri Bottas, Charles Leclerc and Max Verstappen completed the end of the first lap in the order they started in, that looked like being it – and it was. Leclerc gave Bottas a little bit of a hard time on the last laps but for most of the race, the gaps between everyone slowly stretched out. Sebastian Vettel tried something a bit different as he came through from seventh to fifth, be even he couldn’t make any impression on Verstappen.

The real interest was in the midfield. You had the two McLarens at the head of it, followed by a real mixture of strategies from the Renaults, Kimi Raikkonen, Pierre Gasly and – at one point – possibly even the long-running Lance Stroll to consider. As Sainz streaked away to a comfortable sixth, Norris hit problems, bringing Daniel Ricciardo, Kimi Raikkonen, and Nico Hulkenberg into range over the closing laps. Starting the final lap, they were as close as they’d ever been and with Ricciardo the primary aggressor, you just knew something was going to happen.

And then the cameras cut away.

Instead of getting to see the incident with Ricciardo and Norris and the three-wide moment into Signes live, we ran onboard with Leclerc, following Bottas home in an uneventful finish, only seeing what happened with Norris several minutes later.

It’s not like it was a sudden explosion of action, either – Norris’s car problems made it obvious it was building up to something. We spent most of the closing stages watching him fall into the clutches of Ricciardo, and we even saw the Renault driver probing the McLaren on the penultimate lap. But apparently, watching Leclerc run a bit closer to Bottas for half a lap was more important. Oh well.

As for the actual incident, it sucked for Norris to lose out having managed the issue so well throughout the race, while Ricciardo’s disregard for track limits was interesting. All that’s left to see is whether he cops a penalty for an unsafe rejoin. Based on Vettel’s penalty from Canada, it should be a slam dunk.

Errm… what else is there to say? It’s kinda sad that Bottas 2.0 seems to have disappeared because he’s the only hope for keeping this championship battle close. Time for a factory reset – and hey, at least it’s the Red Bull Ring next, a track where he often goes well. Perhaps that’ll be a bit more exciting. 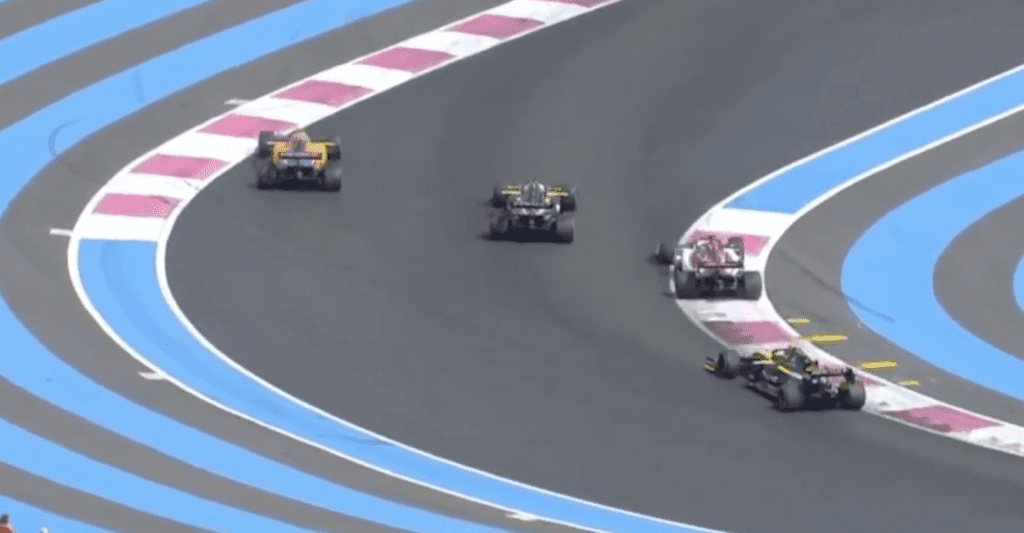