Max Verstappen’s season of frustration continued in Spa when yet another car failure dropped him out of contention early on.

That marked his sixth retirement of the season and leaves him 65 points behind his teammate in the championship, even though he’s generally been the faster of the two.

Father Jos has already made some angry noises about the competitiveness of Red Bull, and now he’s getting fed up with the reliability issues that keep on happening with his son’s car. Speaking to Dutch TV station Ziggo Sport, Jos said he was beginning to question whether staying with Red Bull is right for them.

“Maybe this is the wrong moment to ask this question, but you do start to question everything. I notice about Max that he’s very disappointed. It’s tough to keep yourself motivated the whole time when things are going like this.”

“I mean, he’s doing very well in qualifying, he’s half a second quicker than his teammate and he’s just behind the Ferraris. And then, after seven or eight laps, he’s standing at the side of the track again. This should not be able to happen, certainly not at a top team.”

It seems incredibly unlikely that Max would be able to go anywhere else for next season as Christian Horner has repeatedly said that both of his drivers are under contract for 2018. However unless the team shows a dramatic turnaround it looks as though Max will be off somewhere else in 2019.

There have been some suggestions that the lack of reliability of Max’s car is down to his driving style but Jos refuted that claim (why wouldn’t he?), saying that it was the equipment that’s to blame.

“Max can’t do anything. Max isn’t doing anything wrong. People are asking that question again if Max is being too tough on his equipment. But that’s complete nonsense. He can’t overdrive, he can’t break the material. We all know what it is: it’s just the equipment that isn’t good enough.”

It isn’t just the elder Verstappen that’s a bit cheesed off though – Max is too. After the Belgian GP, it was discovered that the failure was as a result of a sensor which detected that the engine had a problem. Once the sensor was taken out and refitted the engine fired up again, but Verstappen said he’d rather the engines blow up rather than go into a ‘safety mode’. Speaking to Dutch TV show Peptalk, he said:

“Because we blew up a few engines at the beginning of the season, they have built a kind of safety mode. But at that moment, when the engine goes into that, it doesn’t run any more. So when the car came back, they removed the plug, put it back again and the engine worked.

“They want to play safe and not to blow the engine, but I prefer that [it blows up] than it shuts down the engine and it runs again at the next restart.”

Max also echoed his father’s sentiments that he’s getting fed up with the team, but admitted he’d have to wait until the end of his current contract before making a decision on his future.

“I’ve spoken with Helmut again and told him that I’m not happy. The fun fades away. You go on holiday, charge yourself after a kind of terrible season and then you arrive at Spa and it goes wrong.

“You sign a deal with Red Bull and you want a winning package. We don’t have that at the moment. I’ve let them know I’m not happy, just like after the previous DNF, but it’s only getting worse of course. I know it isn’t coming from Red Bull, but in the end it’s the entire package you are depending on.”

“We can’t do much at the moment. We’ll see [what happens] at the end of the contract.”

There’s some definite discontent from that side of the Red Bull garage, but what can they do? Jos has had a pretty big influence on his son’s career so far but all the complaining isn’t going to magically make Max’s car faster or more reliable. 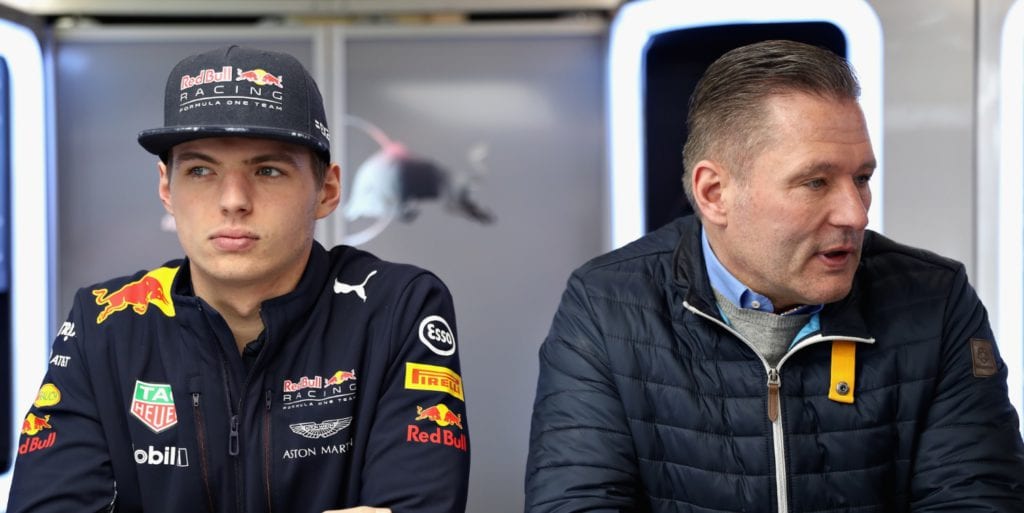