The W Series’ Non-Championship Race Had An Unbelievably Close Finish

The inaugural season of the W Series is almost done, with Jaime Chadwick and Beitske Visser set to face off for the championship at Brands Hatch on 11 August.

However, following this weekend’s round in Assen, the series hosted an experimental non-championship race to see how a race would pan out with reverse grids. All 18 drivers (plus the two reserves) lined up in reverse championship order – and the result was an absolute corker.

A late-race safety car bunched up the field and turned the final couple of laps into a multi-car scrap for victory. With positions swapping up and down the order, the fight for the win ended up being between long-time race leader Megan Gilkes and Alice Powell, who’d carved her way through from 17th on the grid. The fight went right to the finish line – literally – in one of the closest finishes you’ll see outside of oval or bike racing.

(If you want to skip straight to the finish for some reason, the safety car pulls in at the 43-minute mark).

Three-thousandths of a second! That’s essentially nothing – for comparison, the closest finish in F1 history (the 1971 Italian GP) was a massive one-hundredth of a second.

Hands-up if you need to see a slow-mo of today's photo finish. #WSeries 🙋‍♀️ pic.twitter.com/8A6MncEN0V

The idea of the non-championship race was to see if such a format could be introduced in future seasons following the (slightly short) six-race calendar we’ve seen this year.

Reverse grids as a concept get a lot of stick for being slightly unfair and perhaps not what you’d call ‘pure’ motorsport. However, in junior series, they allow for drivers to show off so many other skills that they might not otherwise get to if they consistently qualify and race at the front. How are their overtaking and defending skills? Can they manage the tyres correctly while coming through the field? Can they keep a calm head?

It’s important for young drivers to learn and develop these skills, as well as for teams further up the motorsport latter to be able to evaluate them in racing conditions.

Plus, as we’ve seen countless times in other series, it can also make for bloody exciting racing. Here’s hoping the W Series can add some more reverse grid races for next year because if this is anything to go by, they could end up being rather special. 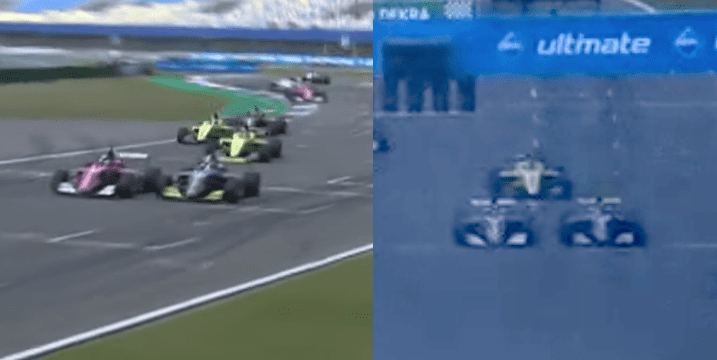