The WEC Will Be Heading To Silverstone Next Year After All – WTF1
Skip to content
×
Endurance , News

The WEC Will Be Heading To Silverstone Next Year After All

A couple of weeks ago the WEC announced that the next season would be a ‘super season’, running for 15 months across 2018 and 2019 as the series seeks to re-align its calendar so that the Le Mans 24 Hours can be the last race of the championship.

Unfortunately many fans were left a bit disgruntled when they learned that the provisional calendar didn’t include a round at Silverstone.

That’s now been remedied however with the news that the series will race at Silverstone after all. It won’t be in its usual season-opening slot in April though, which is good news for the fans who won’t have to spend six hours in April showers (or snow, as happened a couple of years ago!). Instead the race will be held in August, which should mean slightly less wind and drizzle – this is Britain, remember!

Silverstone has taken the TBC slot originally pencilled in for February 2019, and there has also been a couple of other changes. The races in Fuji and Shanghai have been moved back a week to prevent a clash with Petit Le Mans.

5 May: WEC 6 Hours of Spa-Francorchamps

Silverstone’s return is great news as top-level sports car events have been happening at the circuit since 1976, making it one of the classic events of the World Endurance Championship. 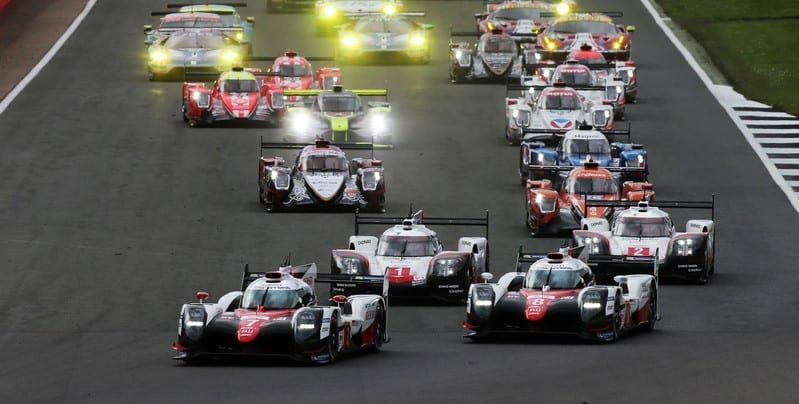