The Weirdest Car Launches F1 Has Ever Seen

There are two types of people when it comes to F1 car launches; those that get super hyped and countdown the days or those that simply don’t give a shit. Regardless of which side you’re on, car launches can be very hit or miss. They’re either pretty formal and somewhat dull or totally weird and eccentric.

Here at WTF1, we’re all about the weird and wacky so have taken a trip down memory lane to find the strangest car launches in F1 history.

With a presentation that looked more at home in a David Attenborough documentary, Honda shared their 2007 challenger with the world at the Natural History Museum in London. Jenson Button and Rubens Barrichello pulled the covers off the car that left most of us speechless.

The Honda car had practically no sponsors or branding on it, instead opting to cover its car in a globe pattern. Very odd and unusual and remains one of the strangest liveries we’ve seen in F1.

SPICE UP YOUR LIFE

Performing at the Alexandra Palace in London, the world’s biggest girl band Spice Girls made a big song and dance of the new McLaren that revealed its new black and silver West livery. The concert itself saw the Spice Girls sing Wannabe in front of the new McLaren competitor, before bringing out the driver duo of David Coulthard Mika Hakkinen.

After questions about why there aren’t any female drivers in F1, DC, Hakkinen and the car disappear from the stage, and the concert continues. Jamiroquai also makes an appearance with the whole show being super ’90s.

Sugababes became the Sauber-babes (not sorry) for their 2004 car launch.

In one of the weirdest choreographed routines we’ve ever seen, Sauber welcomed pop band the Sugababes to the launch of their Sauber C23. The performance saw the Sugababes dressed up as pit crew, fitting a tyre to the car with some dancing pipes thrown in for good measure.

Giancarlo Fisichella and Felipe Massa were the drivers that year and attended the event at Red Bull’s Hangar-7 in Salzburg. The energy drinks company was a significant sponsor of Sauber before forming its own team the following year.

We’re used to seeing a car presented during a launch fully complete.

However, in 2011 McLaren had other ideas. Their launch was held in Berlin and saw a mix of team members, and later on the drivers, work together to assemble their MP4-26 in front of a crowd of onlookers and media.

It was a unconventional way to show off their car to the world but understandably generated a lot of attention.

Benetton’s 2001 F1 car might not have been wildly successful or quick, but it was launched in a truly stunning venue.

Uncovered in St. Mark’s Square in Venice, the beautiful backdrop featured in the launch of the B201 which was driven that year by Giancarlo Fisichella and Jenson Button. The familiar faces of Mark Webber and Fernando Alonso were also present to uncover the team’s new F1 beast in the Italian city.

THE SAME BUT DIFFERENT

During the 1999 BAR launch event, the media were left confused when there was not one but two cars waiting to be revealed. Questions were instantly raised when BAR removed the covers to display two identical cars with two totally different liveries. Errrr, what?

However, the FIA quickly spoke up and said that both cars must look identical. They had to come up with virtually the same livery for both cars, and not being able to decide on a favourite just created a zip design down the middle of the car and one of the most iconic F1 liveries was born.

ALL ABOARD THE TOYOTA HYPE TRAIN

When deciding where to launch your new F1 car, there have certainly been some unusual choices in this list. We’ve had the Natural History Museum, Venice and even Berlin, but in 2005 Toyota decided to set up camp in the middle of a train station.

Barcelona’s Estacio de Franca is one of the busiest stations in the Spanish city, and the Toyota gang set up their launch with their drivers Jarno Trulli and Ralf Schumacher.

I suppose it beats just holding the launch at pre-season testing?

If you could launch an F1 car anywhere, where would you pick? Let us know in the comments below.

[This article was originally published on February 19th 2017 by Jack Leslie, but has been modified and updated.] 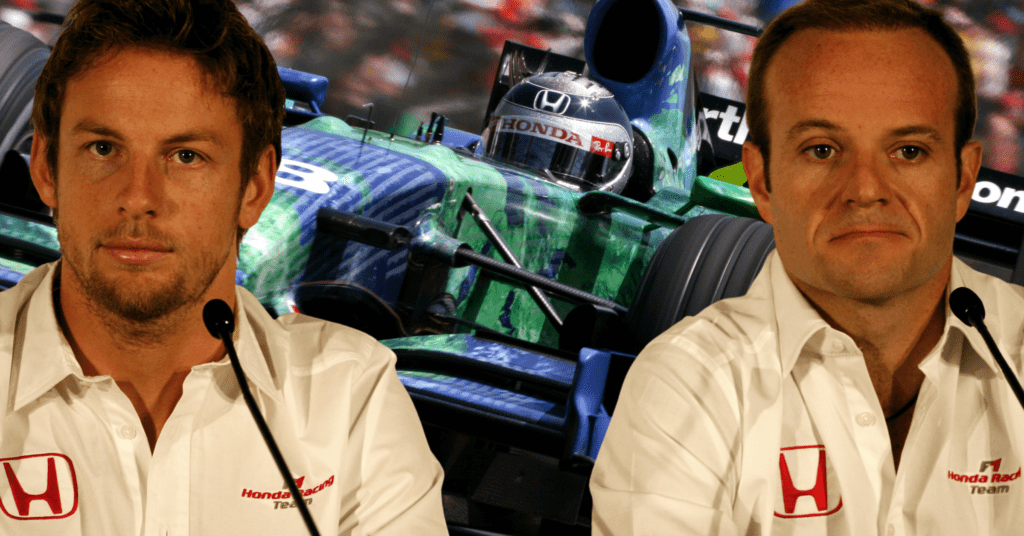