The Winning F1 Car Will Be Lifted Up To The Podium In Mexico – WTF1
Skip to content
×
Formula 1 , News

Mexico really has made epic use of the stadium section of the circuit over the last few years. As well as providing a phenomenal atmosphere, it’s also been the location for post-race interviews and the podium ceremony, which itself has become more than a simple celebration and has instead become the opening act for explosive (if a little awkward) DJ sets.

The same will be true this year, with Tiesto providing the tunes, but there will also be an extra celebration which hasn’t been seen in F1 for a few years.

The second- and third-placed drivers will walk out onto the podium as usual, but the winner isn’t being forced to take something as mundane as stairs – oh no. Winners are entitled to a little more luxury, so the victor will take the life up to the podium – along with the car he won the race in.

A special lift has been built and tested for the occasion, with both car and driver rising up to the tune of the official F1 theme.

Sounds like a pretty decent celebration – though we can only imagine the potential memes if it ends up being even a little bit corny. Perhaps the best outcome would be if Lewis Hamilton managed to secure the championship this weekend with a race win; if he does so with a second or third and is up there celebrating while all the fanfare is over Verstappen slowly rising up on an elevator, it could look a little bit unusual.

The ultimate scenario, however, would be if the winner somehow damaged their car on the last lap or on the cooldown lap. A wingless Ferrari or a three-wheeled Mercedes on the podium would be absolute jokes. 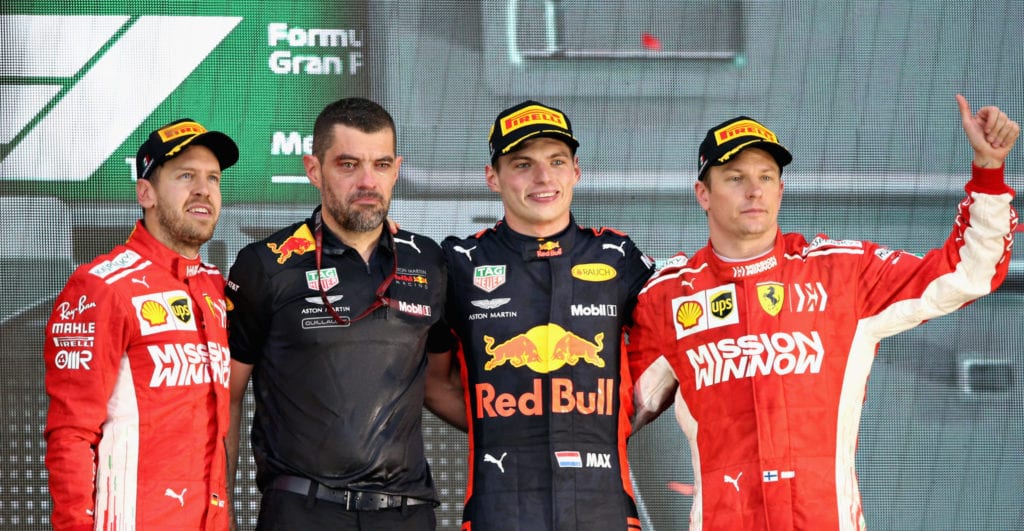