Baldwin came out on top in last year’s WFG competition, winning an incredible prize – a $1 million contract to go racing in the real world. Baldwin landed a drive with Jenson Button’s GT team, Team Rocket RJN, driving a McLaren 720S GT3, and was set to race in the GT World Challenge Europe season (formerly known as Blancpain World Challenge). However, 2020 happened, and instead the team switched to British GT, with the first meeting taking place at Oulton Park over the weekend.

Baldwin’s transition from sim racer to real racer proved instantly effective – in a seriously tight qualifying session he ended up on provisional pole, only to lose his lap time for slightly exceeding track limits. His second lap was still good enough to start fourth, however, and that’s where he ran for the first stint of the race.

He handed over to co-driver Michael O’Brien, who rejoined in third place. He made his way into second, which became first when the leader was penalised for a pit stop infringement. And that’s where he stayed, crossing the line to take the win as Baldwin claimed a sensational win on his debut.

The pair finished sixth in the second race of the weekend, meaning they hold the lead of the championship in the six-round, nine-race series. Not bad at all for a sim racer, eh? Speaking about his race win, Baldwin said:

“I thought all my dreams had come true when I won World’s Fastest Gamer, and my racing hero Juan Pablo Montoya handed me the trophy. 278 days later to come to Oulton Park in the British GT championship and actually take victory is just incredible. We came so close to getting pole yesterday, but I was still thrilled to be fourth fastest.

“In the race, I was pushing hard for third but was keen to make sure I handed the car off to Michael clean without any damage. The team did a great job to gain us a position on the stop, Michael gained a position and then one of our rivals had a penalty.

“I was so nervous waiting for the race to finish but just elated to end up with a win on debut. I spent a lot of time on the simulator to prepare for this weekend, and that paid off today.

“The team kept telling me all weekend to be patient, and that really paid off for us. I have been given this incredible opportunity, and there are a lot of eyes on me. Being a racing driver is all I have ever wanted to do, and World’s Fastest Gamer has now given me that chance – I’m just elated.”

The next round of the British GT championship takes place at Donington Park on 15-16 August. 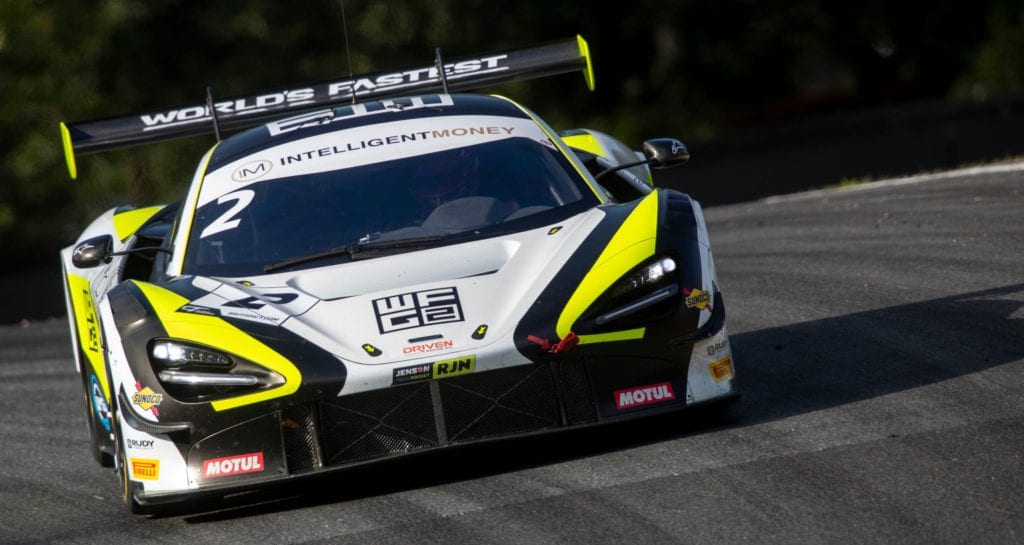