‘The Wrong Shade Of Orange’ And Other Baffling Errors McLaren Made At The Indy 500 – WTF1
Skip to content
×
Indycar , WTF

On the face of it, McLaren and Fernando Alonso’s failure to qualify for the Indy 500 seems quite simple. The car wasn’t fast enough, a puncture spoiled perhaps the best chance to make it, and Alonso’s practice crash cost valuable track time.

However, according to a revealing report by the Associated Press, the team made some utterly bizarre miscalculations and mistakes throughout the build-up to the race.

First up came a delay with a test at Texas Motor Speedway in April when the team apparently didn’t have a steering wheel ready. Brown told AP:

Then came the paint issue. McLaren purchased its backup car from Carlin, only to discover that it wasn’t the correct shade of Papaya orange. A minor detail which shouldn’t take too long to fix, right? Well, according to the AP, it proved incredibly costly once Alonso had crashed the main car.

The Carlin spare was in a paint shop 30 minutes from the track, more than a month after McLaren complained about the color, and it ultimately cost McLaren almost two full days of track time. The team looked foolish as other teams were able to move into backup cars in mere hours; James Hinchcliffe crashed in Saturday qualifying and was back on track in his spare that afternoon.

Oh… oh dear. Speaking of qualifying, Alonso’s first run was looking sort-of-OK until his speeds dramatically dropped off. It turned out to have been a puncture and if the team had detected it sooner, they could have aborted the run and gone again much sooner than it did. They might have discovered it sooner, too, but for one thing…

His first qualifying run was sabotaged by a tyre puncture – which wasn’t detected beforehand because Brown said the team had purchased incorrect tyre sensors.

But wait, there’s more. On Sunday morning, the team rolled the dice by trying out a new setup which had been bought from other teams, yet when Alonso went out on track for practice the back of the car was sparking badly. That cost the team more time because of another simple mistake:

Alonso went out to practice Sunday with an entirely new setup, but in the frantic changeover a mistake was made in converting inches to the metric system the English team uses and the car scraped and sparked on his first lap. It had to be fixed and Alonso got in just five more laps before rain ended the session.

At this point, it’s starting to verge on the unbelievable. All of these operational errors read more like something from a dodgy backmarker F1 squad from the early 1990s, not a professional and experienced race team – let alone one with as much history of success as McLaren.

But for all of those mistakes, all it would take is one brilliant and ballsy run from Alonso to squeeze onto the back row and at least put the team in the fight. He almost managed it, too, missing out to Kyle Kaiser by just 0.019mph. It gets worse, though, as Brown revealed the final nail in the coffin of the team’s effort:

“We actually had a 229 [mph] car but we had 227.5 gearing, so we beat ourselves again while we almost made it. We really did put it all on the line and you could feel the anxiety. There was some real heroism in that. I don’t want the world to think McLaren is a bunch of idiots because while we did have a few, we had some real stars.” 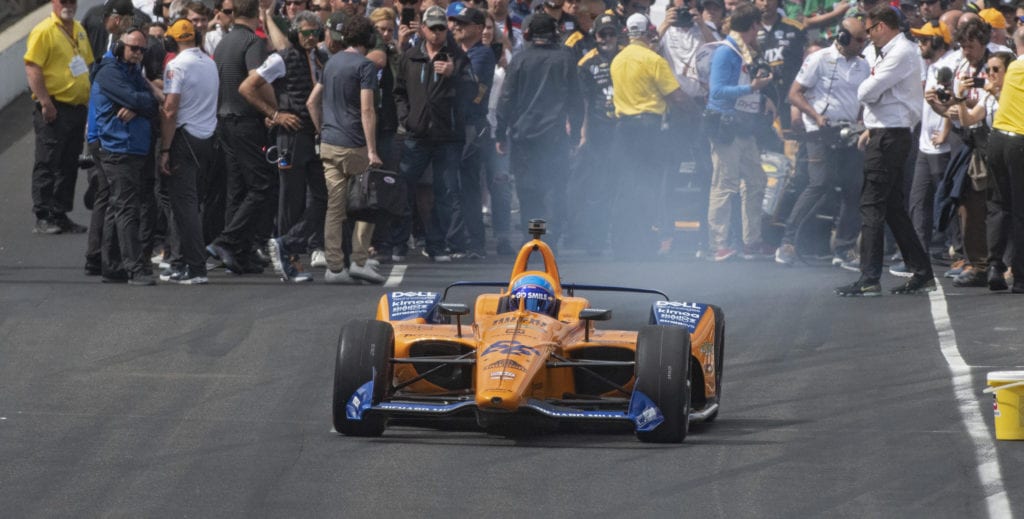