It’s motorsport awards season, which means it’s time to recognise the achievements of teams and drivers throughout 2017. So, before this year becomes a distant memory, we look back over the year and dish out our own, ‘alternative’ awards.

200-place grid drops and corner-cutting penalties which don’t actually penalise the driver are pretty stupid, but they’ve got nothing on Jenson Button’s penalty at Monaco.

For colliding with Pascal Wehrlein in a move which put them both out, Jenson Button was given a 10-place grid penalty for his next race. Even though it was just a one-off and he’s retired. Think about that. People actually sat down and spent time deciding on a punishment that is never going to happen.

There have been a few sizeable accidents in F1 this year, but none were more shocking than the one that happened following the Mexico GP.

Whilst following Lewis Hamilton, one fan collided with another stationary fan, causing both to roll over in dramatic scenes which completely overshadowed Hamilton’s championship celebration.

Not a current F1 driver, but this was too good not to give the award to. Everyone could see how bad Jolyon Palmer was doing this season and Felipe Nasr (or rather, his Twitter account) felt he should be in the seat instead.

Nasr claimed his account was hacked, but we like to think he’d had a few and decided to try a novel method of getting an F1 seat. It didn’t work, but A+ for effort, whoever wrote it.

Formula 1’s King of Memes provided us with plenty more quality content this year, but nothing could top the memeception of his most famous work, Places Alonso Would Rather Be, which he recreated under the podium following the Hungarian GP.

It had to be, didn’t it? When Nico Hulkenberg told K-Mag exactly what he thought of his driving, he came up with a carefully-crafted, nuanced response layered in meaning: “suck my balls”. Profound stuff, possibly even right up there with Ayrton Senna’s “If you no longer go for a gap that exists…” quote in terms of impact.

In a year absolutely littered with hilarious team radio messages, this was a tough category. But the sheer desperation of Kimi Raikkonen wanting his steering wheel just edges it.

It’s been two years since Pastor Maldonado was in F1 (and indeed any kind of motorsport) so we’ve been missing out on a lot of Maldonado-mania. But his cousin Manuel is on his way up the racing ladder and this year absolutely lived up to the Maldonado name.

In a British F3 race at Rockingham he collided with two cars in one corner and was excluded from the whole event for, and I quote: “driving in a manner incompatible with safety”. You couldn’t make this stuff up.

This is an award given to someone who ruthlessly dismissed what they were currently doing in favour of going and doing something else, and on that basis there can only be one winner: Fernando Alonso.

Now going and competing in another championship is one thing, but sacking off the biggest F1 event of the year – the Monaco Grand Prix – to go and do the Indy 500 was quite the statement.

It was also one of the coolest things to happen in motorsport in years, so thank you Fernando for doing it, thank you McLaren for letting him, and thank you Honda for being so bad in the first place that you inspired him to do it.

We love stupid stuff like this at WTF1, so what more needs to be said? After taking pole at Monaco (yeah, that actually happened!) he dropped something in the post-session interview and headbutted Will Buxton’s microphone. It just gets better with every watch.

Since we no longer have Pastor Maldonado to amuse us we have to look to other drivers for silly moments. Daniil Kvyat came close to winning based on sheer volume of crashes alone, but what made Pastor special wasn’t just the amount of incidents, but the way he did them.

On that basis, Marcus Ericsson secures the award this year for crashing out at Monaco under safety car conditions, something Pastor himself would be massively proud of.

Here’s to 2018 and another year of the brilliant, the hilarious, and the downright unexpected! 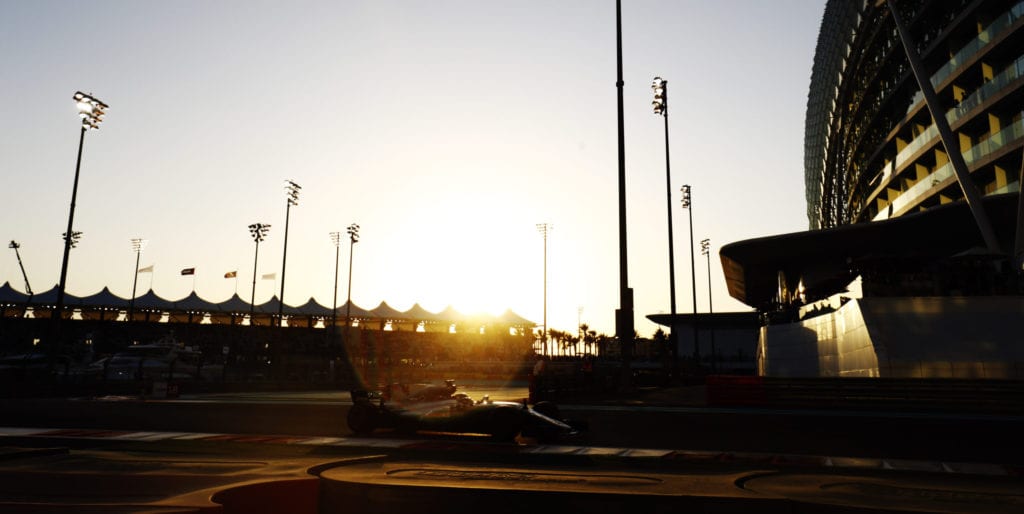