There Are Still Going To Be Grid Girls At The Monaco Grand Prix – WTF1
Skip to content
×
Formula 1 , News

The Monaco Grand Prix gets lots of special treatment. There’s no way it’d be allowed onto the calendar nowadays, the race runs to a shorter distance then all the others, it doesn’t have to pay a hosting fee, and the circuit still insists on using its own (awful) TV director.

Now it’s got another special exception because, despite Liberty’s decision to end the practice of using grid girls in favour of grid kids, Monaco still wants to use girls. And because Monaco is Monaco, that’s exactly what it’s getting.

The news comes after the Automobile Club de Monaco said that the removal of grid girls was the only thing Liberty has done that they have a problem with. ACM president Michel Boeri told newspaper Monaco-Matin:

“The relationship is good with Liberty Media, because they understand that Monao is not Spa or Monza. We’ve had no problems with Liberty Media, except for the grid girl issue. They’ll be there, on the gird, but won’t be holding any name-boards. They’re pretty and the cameras will be on them once again.”

As races go Monaco is definitely a leftover from a bygone age. That’s usually meant as a good thing, but in this case…? Well, you decide. 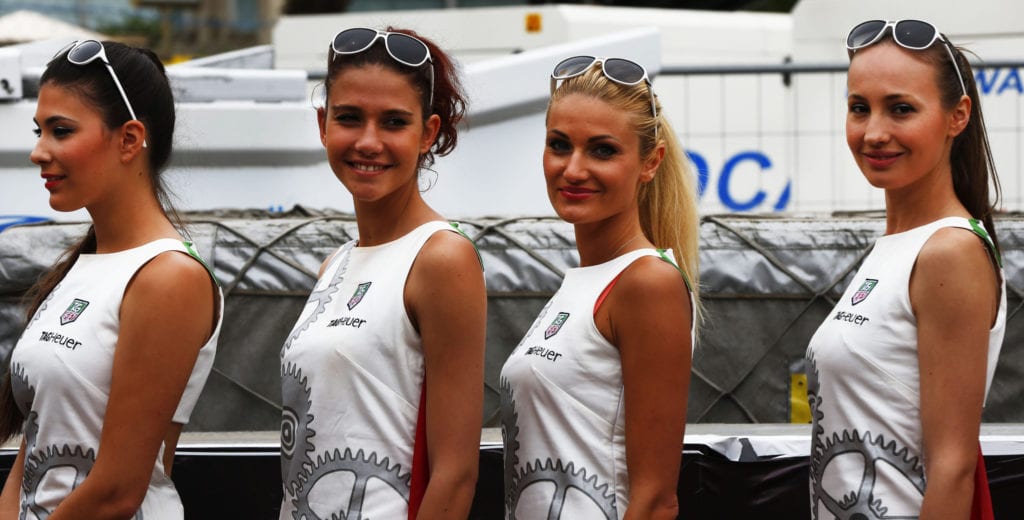