There Are Yet More Changes Being Made To Track Limits In Portimao – WTF1
Skip to content
×
Formula 1 , News
2 comments

If you had ‘track limits’ on your Portuguese Grand Prix bingo card, you’re in luck. We all knew Portimao would be a challenge when it came to exceeding track limits, I mean just look at last year – 125 lap times deleted in Friday practice alone. 2021 is delivering us much of the same, and track limit rules have changed AGAIN before we’ve even got to qualifying.

During Friday’s FP1 and FP2 sessions,  only a modest 65 lap times were deleted at Turn 1 and Turn 4. Of course, this is still a massively high number and will probably get worse as the FIA have amended their Race Director Event Notes to include yet more track limit rules around the circuit.

The weekend had started with a very clear set of regulations.

For both Turn 1 and Turn 4, the Stewards report was as follows:

A lap time achieved during any practice session or the race by leaving the track and cutting behind the red and white kerb on the exit of Turn 1 or Turn 4, will result in that lap time being invalidated by the stewards.

The same was applied to Turn 15, with an extra clarification added for teams and drivers:

A lap time achieved during any practice session or the race by leaving the track on the exit of Turn 15, will result in that lap time and the immediately following lap time being invalidated by the stewards. A driver will be judged to have left the track if no part of the car remains in contact with the track.

Well, we’re not even at FP3 yet and already the rules have been changed. Twice.

Over at Turns 5 and Turn 14, there have been some clarifications on what is required from the grid when tackling this rollercoaster of a circuit.

The track limits at the exit of Turn 5 and Turn 14 are defined as when no part of the car remains in contact with the red and white kerb.

In the cases of Turn 5 and Turn 14 above the drivers are reminded of the provisions of Article 27.3 of the Sporting Regulations and specifically the following:

a)  Drivers must make every reasonable effort to use the track at all times and may not leave the track without a justifiable reason.

b)  Should a car leave the track the driver may re-join, however, this may only be done when it is safe to do so and without gaining any lasting advantage. At the absolute discretion of the Race Director a driver may be given the opportunity to give back the whole of any advantage he gained by leaving the track.

It might sound unnecessarily complicated, but trust us when we say these rules need to be crystal clear. The Portimao circuit is made up of 15 turns, which means that a third of them are being monitored this weekend for track limits.

Jeepers. We’re certainly not jealous of the Stewards having to monitor all of that this weekend. 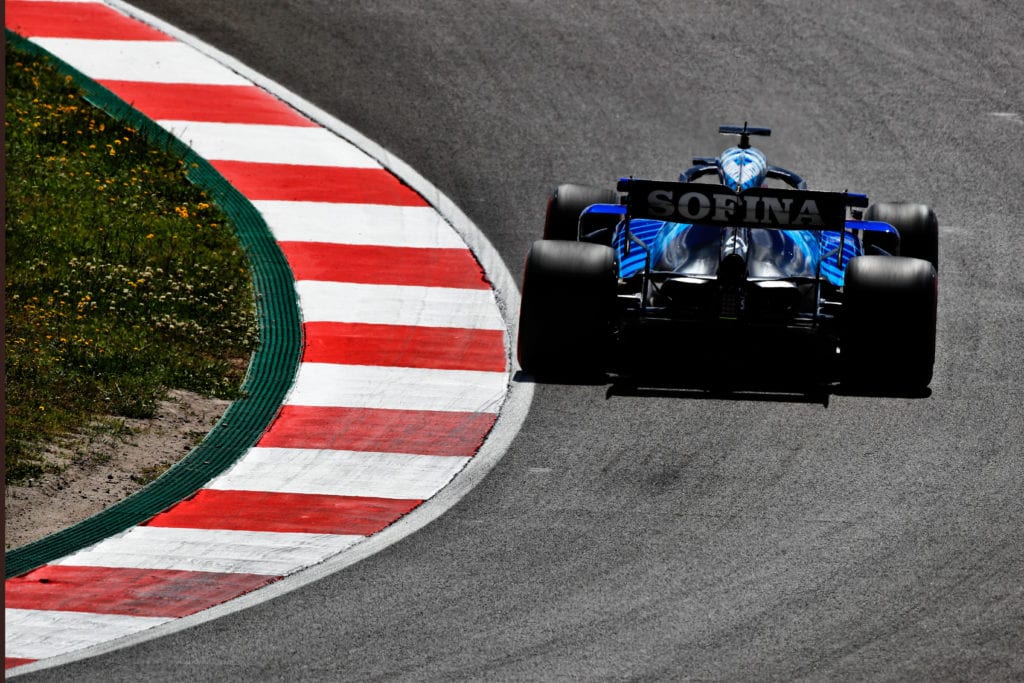