There Might Be An Upside To Bad Qualifying Sessions For SportPesa Racing Point This Season – WTF1
Skip to content
×
Formula 1 , News

From the British GP onwards, SportPesa Racing Point has pledged to donate £1,000 to Breast Cancer Care for every position Sergio Perez and Lance Stroll gain between the start and the end of a race. The team has already raised £212,000 for the charity since 2017 (when it was still known as Force India) and SportPesa has promised to add another £50,000 through this new initiative.

It’s a good call because when it comes to drivers who gain the most positions on average during a race Perez and Stroll are right up there, which should result in plenty of money being raised. For instance, if Perez qualified 16th and finishes 11th, that’s five grand gained for the charity. However, if he qualified 20th and finished 12th, that’s £8,000 raised.

Therefore a bad qualifying session for either driver might not be the end of the world, because the positive is that could result in a larger charity donation, which is definitely a good thing. Now, a driver would never deliberately hold back a bit in qualifying, but how does the prospect of a driver’s individual performance raising money for a charity affect their mindset? Checo was asked exactly that during a SportPesa event at Silverstone, saying:

“I’d rather do a good race! It’ll be an extra motivation to try to not have a great qualifying but have a fantastic race and a good first lap!”

So far this season, Perez and Stroll have gained 51 positions of the course of the first nine races so, with 12 to go, that £50,000 target seemed to be well within reach – especially as this year’s car tends to go much better in the race than it does in qualifying. And if they drop out in Q1, at least now they can use the “we’re trying to raise more money for charity” as an excuse! 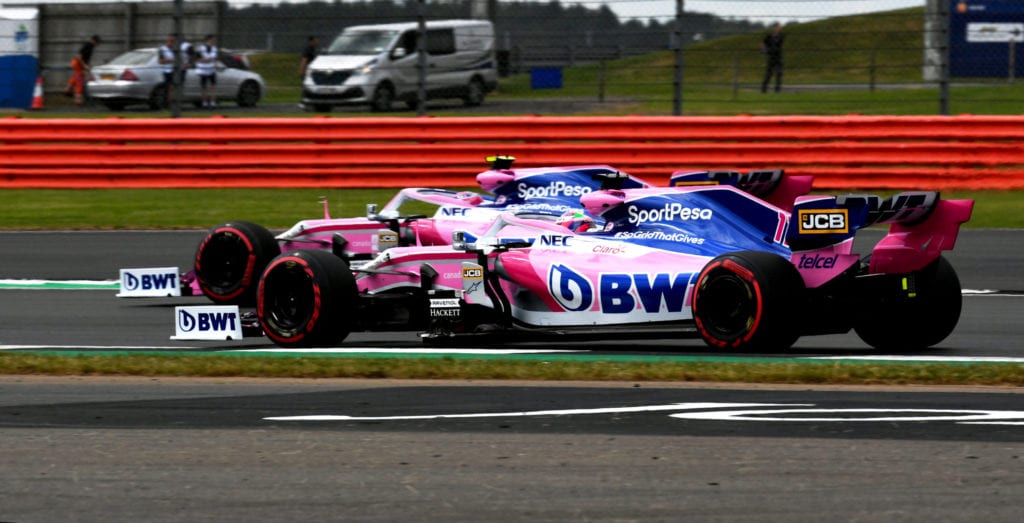