There Were A Couple Of Dramatic Collisions In A Chaotic EuroFormula Open Race At Spa – WTF1
Skip to content
×
Crash , Juniors

We’ve all done it on racing games: you get a corner a bit wrong and go off, but instead of carefully rejoining the track, you just keep your foot down and try to rejoin as quickly as possible, only to plough into another car.

It doesn’t work in real life, either. On the first lap of a EuroFormula Open race at Spa, Campos driver Alex Karkosik went off at the Fagnes Chicane, but span as he was rejoining the track. With the pack still so close together he was obviously going to hit someone – and of course it happened to be his own teammate, Yves Baltas.

Crashing into your teammate is one of the cardinal sins of motorsport, but luckily for Campos the team had a third driver in the mix – Marcos Siebert – and he was up towards the front.

On lap 6, Siebert attempted a move on race leader Cameron Das at Les Combes, but clipped a bit too much kerb and ended up spooning Das into the barriers and leaving his own car with front wing damage.

All three Campos drivers’ races ruined, just like that. Although in true junior formula fashion, Siebert carried on racing with his broken wing and was lucky not to crash again before pitting for a new one and going on to finish 11th and last. 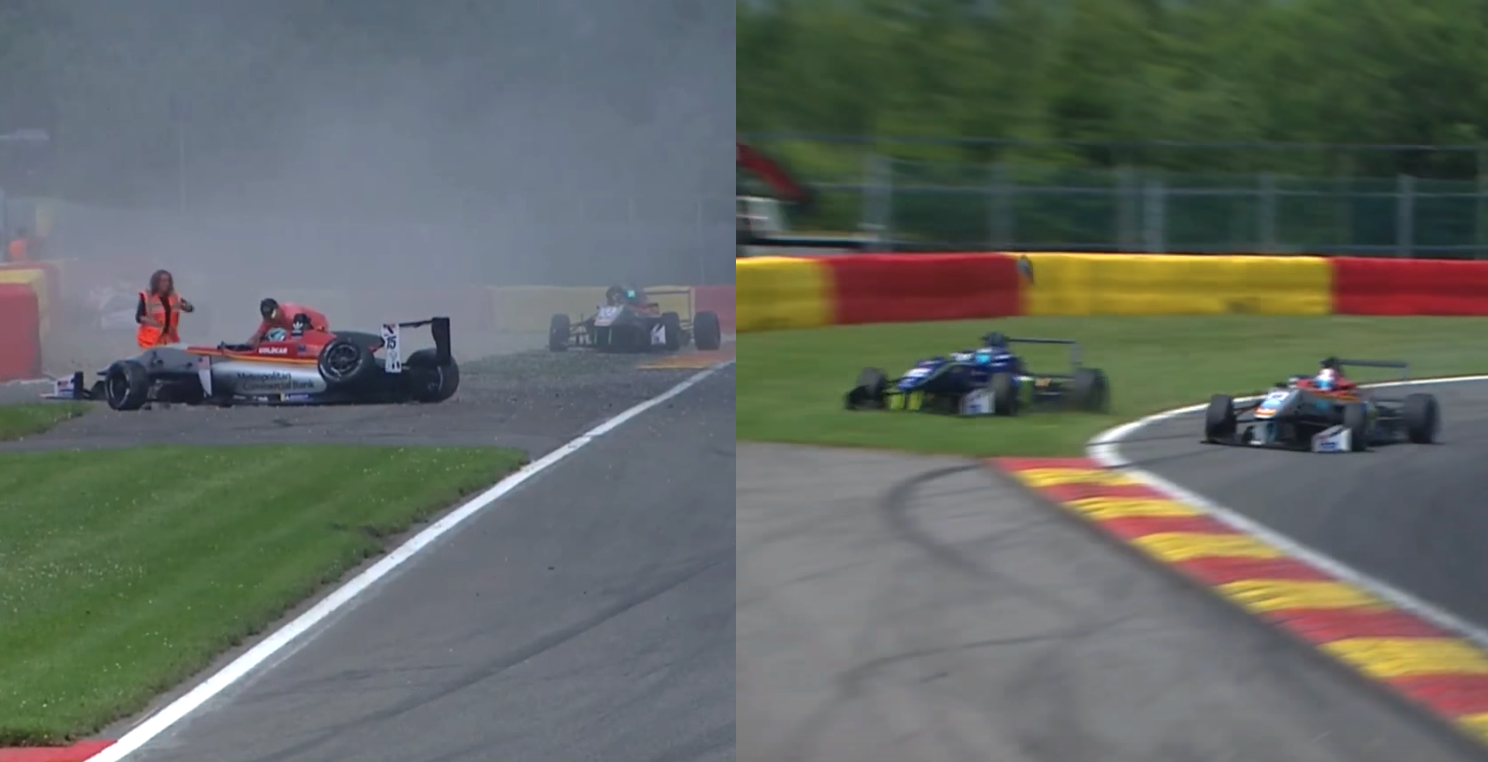