There Were A Massive 366 Overtakes During The First IndyCar Race Of The Season – WTF1
Skip to content
×
Indycar , News

The 2018 IndyCar aero package was designed to improve overtaking, and boy-oh-boy did it deliver. During the 110-lap race in St. Petersburg, a whopping 366 on-track passes were recorded. 366! On a street circuit! That absolutely smashes the previous record of 322, set back in 2008.

The put that in perspective, in 2017 Pirelli recorded 435 overtakes in Formula 1 – across the whole season. Now of course, they’re completely different series with totally different rules – heck, even the parameters for what constitutes an ‘on-track pass’ are probably different – but it doesn’t stop it being any less impressive.

And sure, overtaking alone isn’t the measure of good racing, but when it happens in the right way (which in IndyCar, you’d have to argue it does) it certainly helps.

All those overtakes were made possible by the lower downforce cars, which allow the cars to follow each other closely as well as making it tougher for drivers to be consistent. The reduced downforce also has the knock-on effect of tyres taking longer to come up to operating temperature (there are no tyre warmers in IndyCar) as well as making them wear out quicker because the drivers are sliding around more.

Ahh yes, the sliding around. Even when there wasn’t any passing going on, simply watching the cars was exciting enough. The onboard of Alexander Rossi chasing down Robert Wickens for the win was a flurry of corrections, from tiny steering wheel movements to full-on power oversteer. Seeing that alone would be good enough – a few hundred overtaking moves as well is just a welcome bonus. 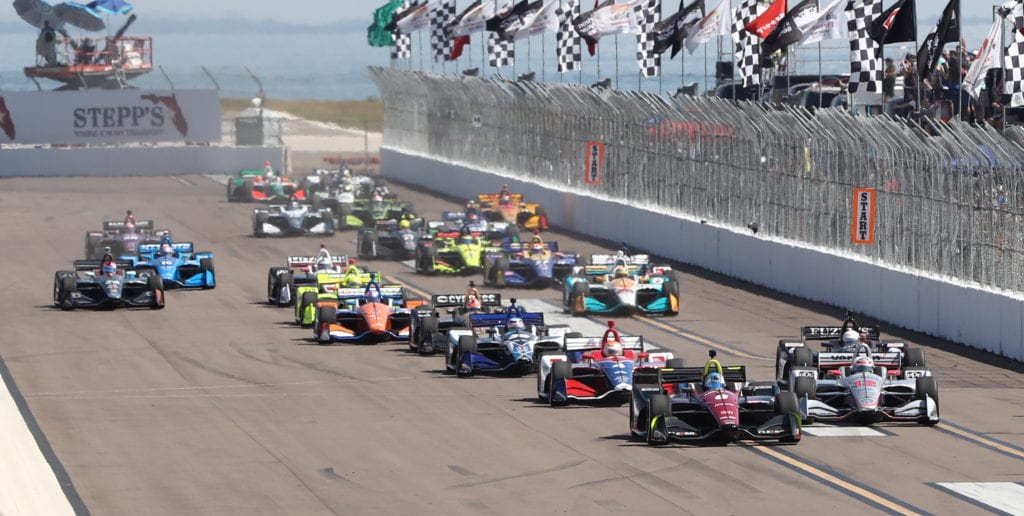