There Were Lots Of Reliability Issues On The First Day Of Running In Abu Dhabi – WTF1
Skip to content
×
Formula 1 , News

With the end of the 2020 season now in sight, the final Friday practice sessions were filled with constant reliability woes for drivers with a fire bringing out red flags and Hamilton facing problems in both sessions.

The most visual issue was for Kimi Raikkonen, whose Alfa Romeo caught fire with just laps to go before the end of FP2 and brought out Red Flags. Although it is not known the exact cause of the fire, his team radioed for him to “get the hell out of there, quick” after big flames started to kick out the back of the car.

Once pulled over, marshals were quick on the scene to help extinguish the flames before Kimi took the fire extinguisher and tried himself to stop the outbreak. The fire looked to be persistent and even saw Raikkonen lift up the bodywork to check underneath that the fire had been contained.

It continued to smoulder, and with significant fire damage, it’s expected that the boys and girls at Alfa Romeo will be up for most of the evening trying to rectify the situation and rebuild Kimi’s car for Saturday’s running.

Just before Raikkonen’s dramatic fire, George Russell had to return his Williams back to the pits for a suspected MGU-K issue as smoke billowed out the back of his car. The red light on his car flashed, indicating it was ‘unsafe’ and will require a deep delve into the issue as the car is potentially dangerous to touch and manoeuvre suggesting it could be related to the battery.

Lewis Hamilton, who is back from missing out on the Sakhir Grand Prix due to COVID-19, also suffered complications with his Mercedes during both sessions of the day.

Hamilton had been reporting issues with his brakes in FP1, before being forced to stop at the end of the Abu Dhabi pitlane in the second session as he claimed to have no gears. The seven -time champion managed to fix the issue and set off again in both circumstances.

Renault’s Daniel Ricciardo also had reliability woes, with his car conking out in the early stages of FP1 thanks to a fuel pressure issue. The team were able to get it fixed though, and he returned to running for the second outing. 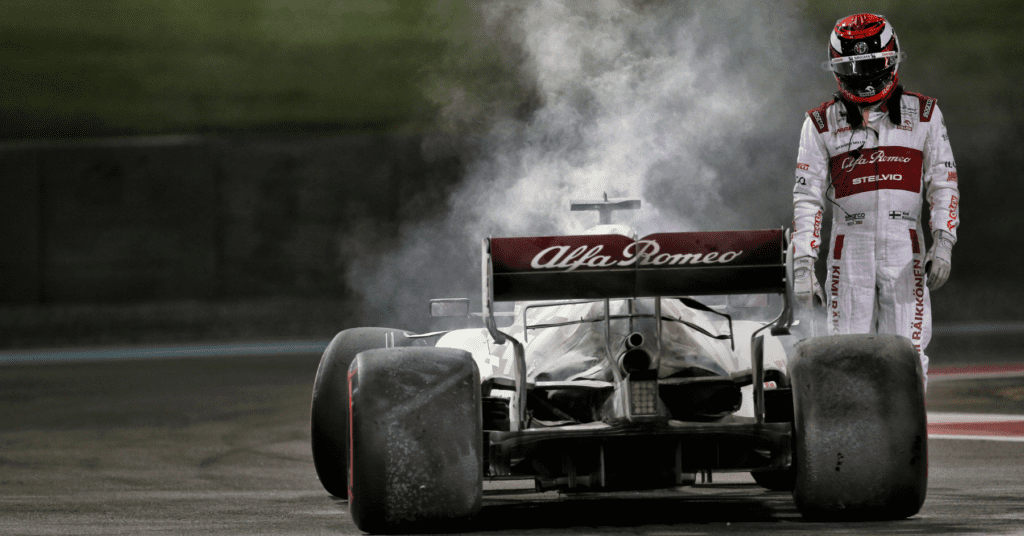